Gourmet Girl Gail here. We’re finally getting back to a bit of normalcy after the fires and mudslides in the Santa Barbara area. Although I and most of the people I know weren’t physically affected, I think psychically it has taken its toll. It was hard to wrap our minds around the idea that while we were able to go on with our daily lives, two miles away there was total devastation. As we mourn the terrible losses, we want to remember all the angels who helped and continue to help in the recovery process: the firefighters, first responders, search and rescue and their dogs, neighbors helping neighbors, Caltrans, and any others I have overlooked.

Ironically, I awoke in the middle of the night and looked at my iPad (not a good thing to do!) and saw a severe weather alert for the entire west coast from Washington state on down. A tsunami warning for the early morning hours, because of the 8.2 earthquake they had up in Kodiak, Alaska. I thought this must be some kind of cosmic joke. Thankfully, the tsunami warnings were cancelled, but I did lose a couple hours of sleep during which time I wrote down a bucket list of camping adventures I’d like to experience this year.

Number 1 on my list is to do more forest bathing. The practice originated in Japan where it is called shinrin-yoku. It’s become somewhat of a wellness trend here in the U.S. due to the growing body of evidence that the practice can help boost immunity and mood and help reduce stress. We gourmet girls have done our share of forest bathing at Ventana Campground in Big Sur under the redwoods, but I’m definitely up for trying new restorative environments. 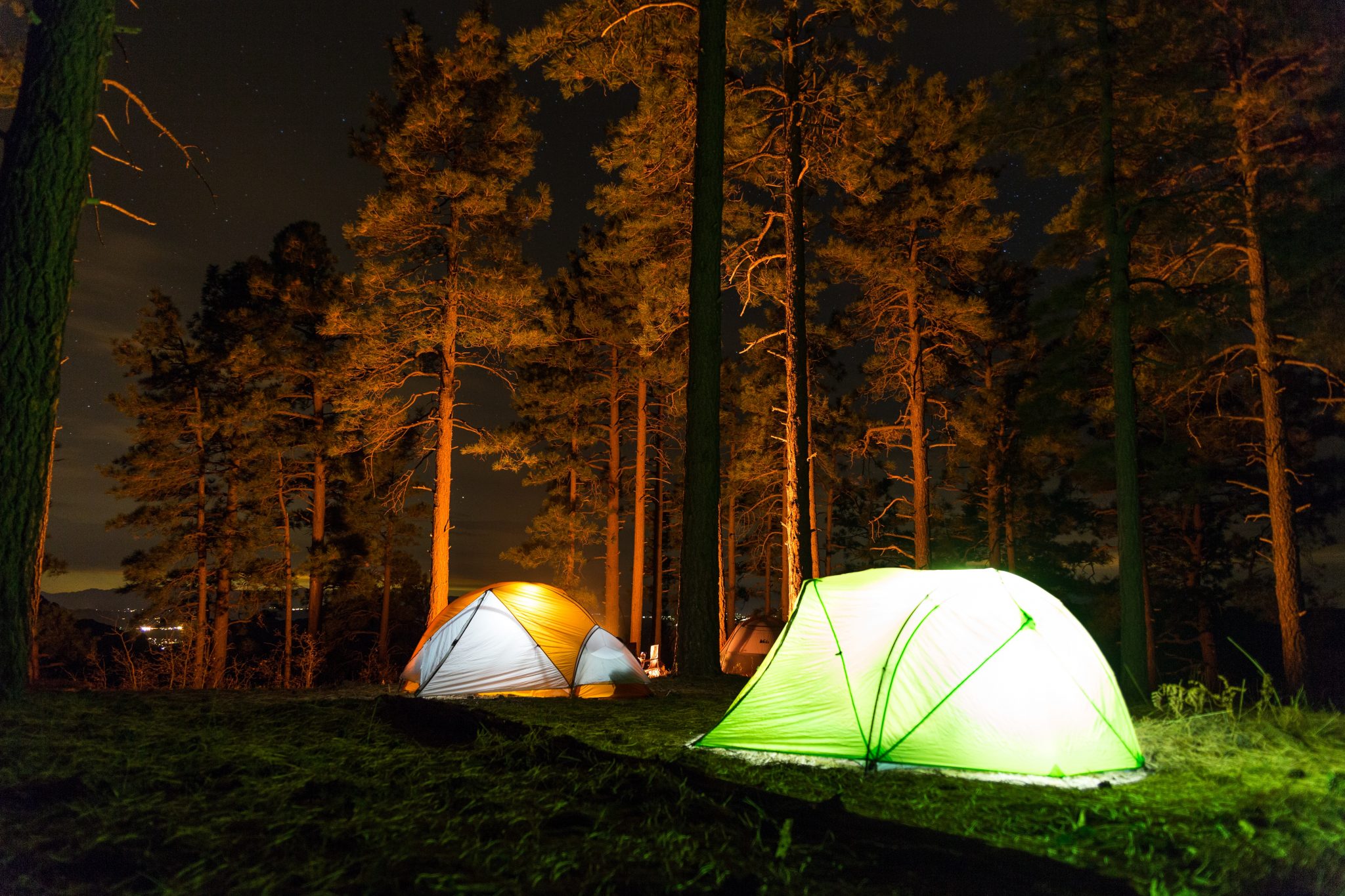 Next on my list is to visit more National Parks and camp inside the parks. I make a yearly pilgrimage to Yosemite, for example, but have always stayed somewhere outside the park, in a cabin or a private campground. Death Valley is a place I’ve always wanted to camp out. This photo is so amazing. It’s telling me to load up my car with gear right now and head up there! Why not? It is the perfect time of year to go. 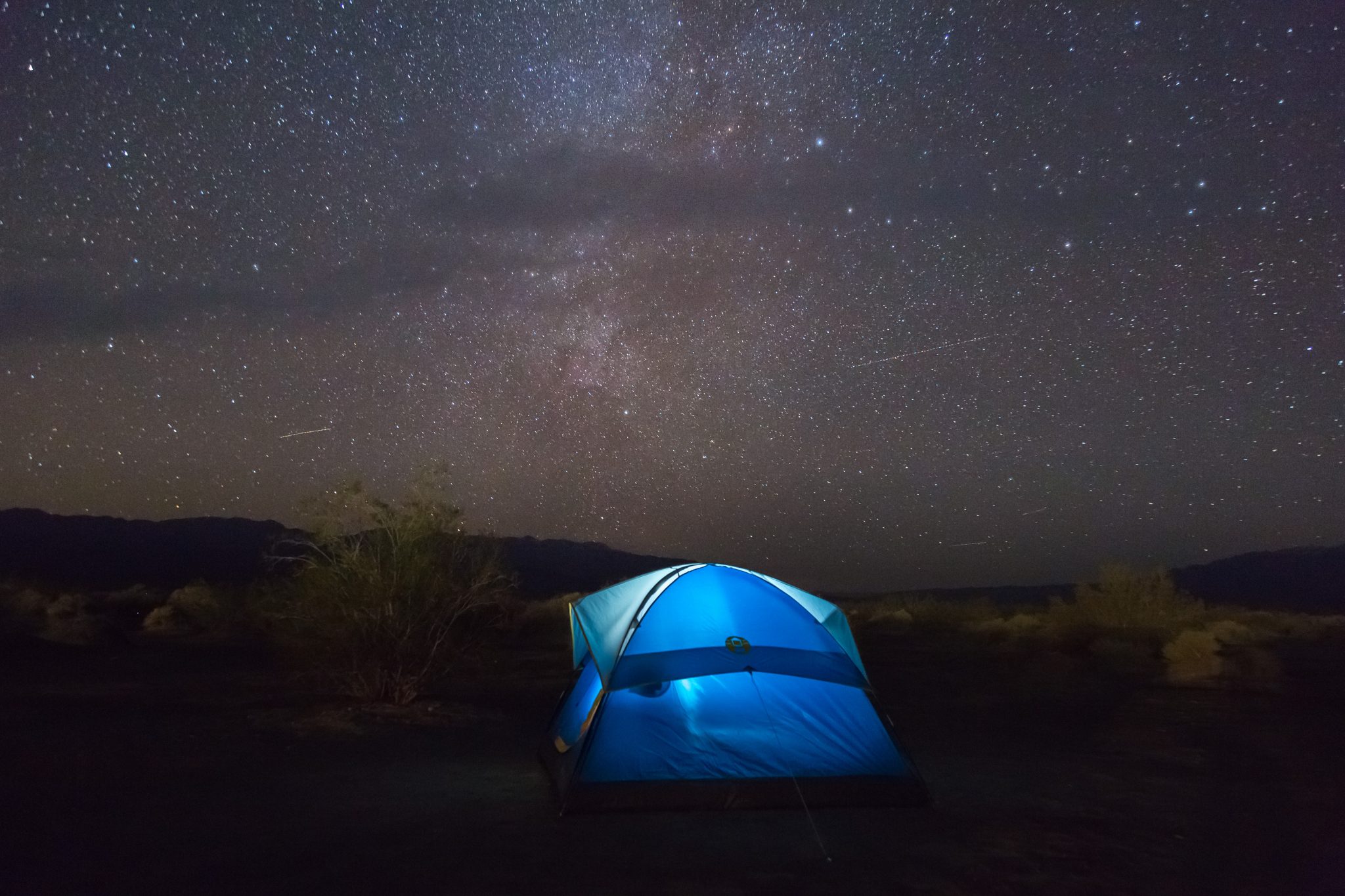 And then there’s Moab where you can easily visit two national parks: Canyonlands and Arches. I’ve been to both. In Canyonlands you can experience a ‘Thelma and Louise’ moment; it’s where they drove their Thunderbird off a cliff, and it’s one of the most iconic scenes in movie history. My visit to Canyonlands was with one of the best guides we could possibly have hired. His name is Eric Bjornstad. Not only did he write several books about rock climbing, he climbed almost every rock formation in Canyonlands as well as plenty of other desert spires. He passed away in 2014 at the age of eighty. I feel truly honored to have met Eric and had him as our guide. 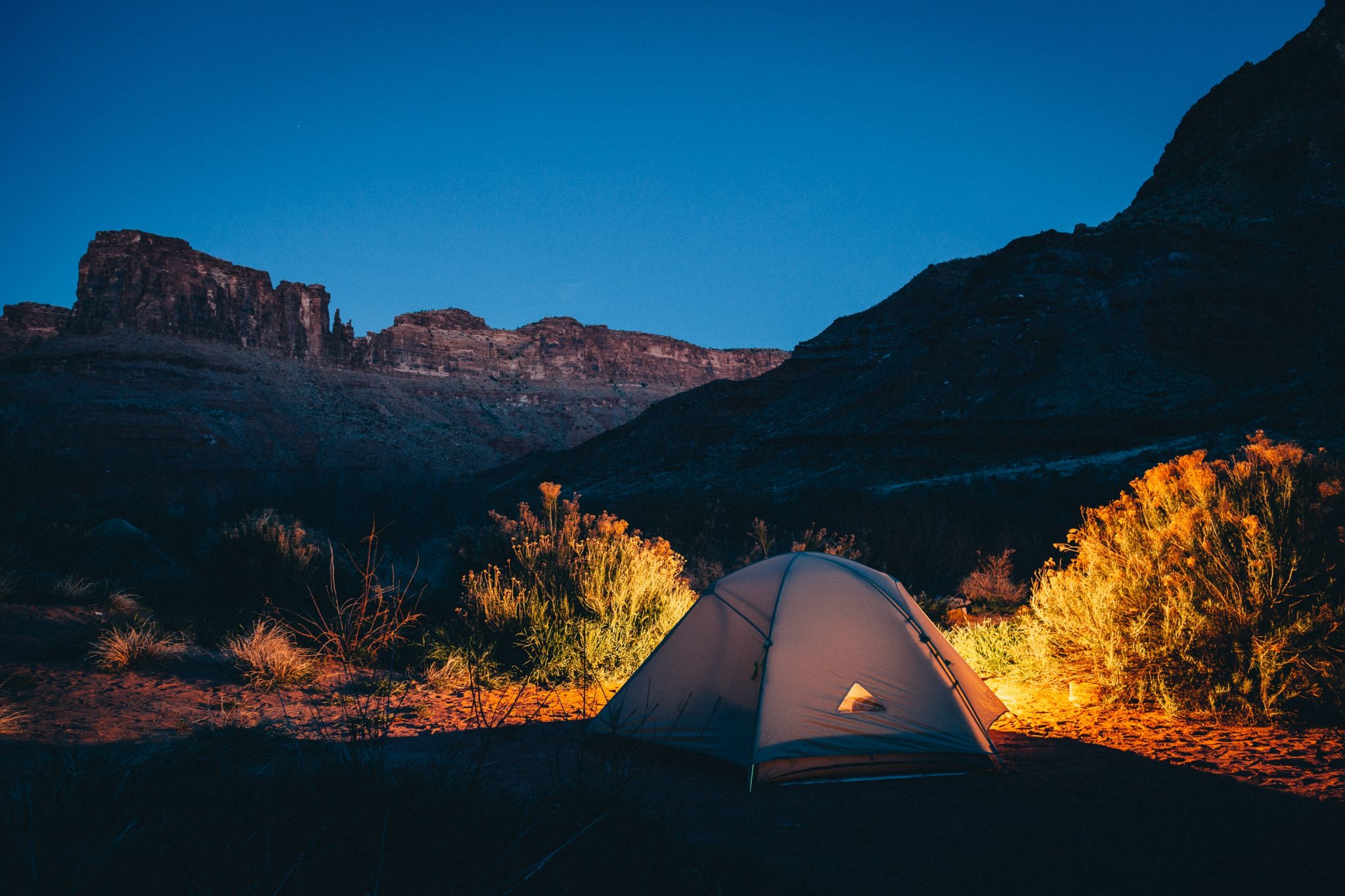 This next bucket list item is one I’d better hurry up and do. Camp in the snow. Well, maybe not this much snow. I hear the benefits are many: you avoid the crowds, there are no insects, there is pure silence, and you really get to know your wood! It’s not for the faint of heart, I imagine, but with the proper gear, who knows. So it’s on my radar to give it a try. 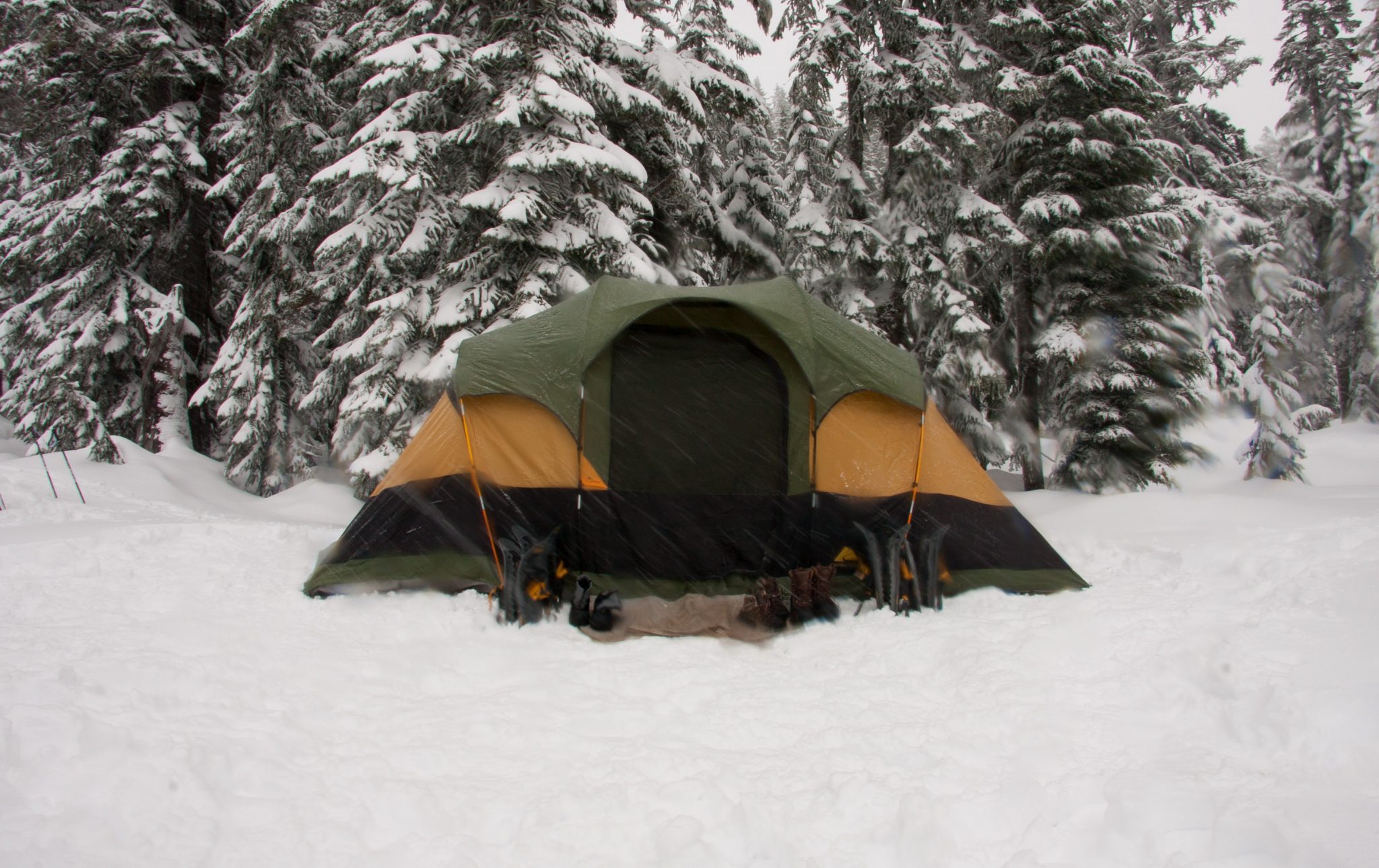 The bucket list goes on and on (I’ll share more in future posts), but I didn’t want to end this one without mentioning my ultimate goal of purchasing a camper van by the end of the year. It may not look like this one, though. LOL! I’ll start researching some of the brands like Roadtrek and Pleasure-Way soon. Then, I feel I’ll be traveling in style. 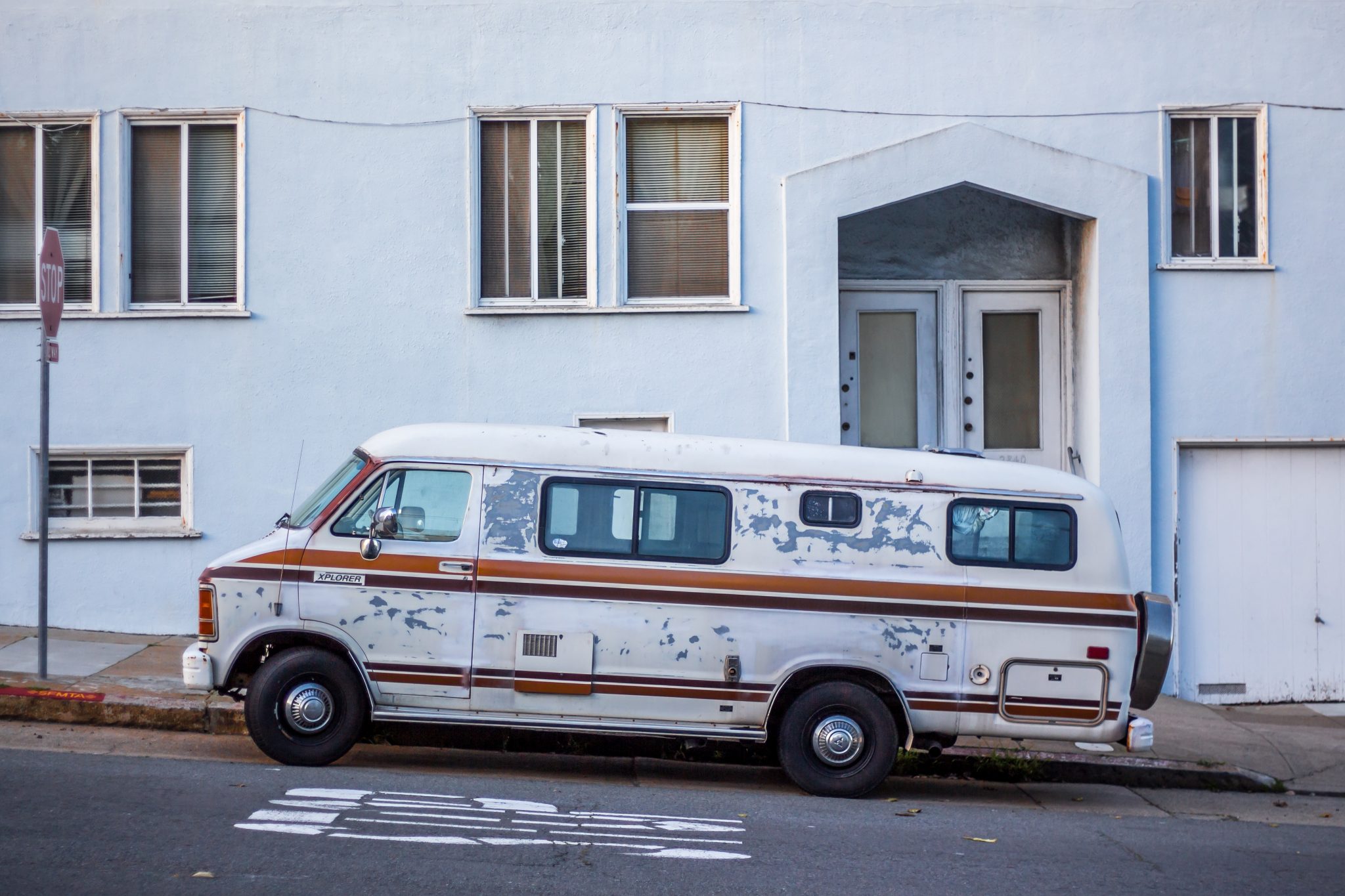 What’s on your bucket list for adventure this year? Do you have a special national park memory to share? We’d love to hear! You can leave a comment below.

In the meantime, keep on truckin’ and making new adventures in the year ahead.