This past weekend I took Antonio, a lovely man who came to me via ‘Workaway’ (more about this later), to help me with my house renovations on a beautiful drive to the town of Saumur. Saumur is just 30 minutes due south from my house in Mouliherne, but I wanted to show him the pastoral, surrounding farmland and picturesque villages that dot the banks of the Loire, so we took a long, circular route. 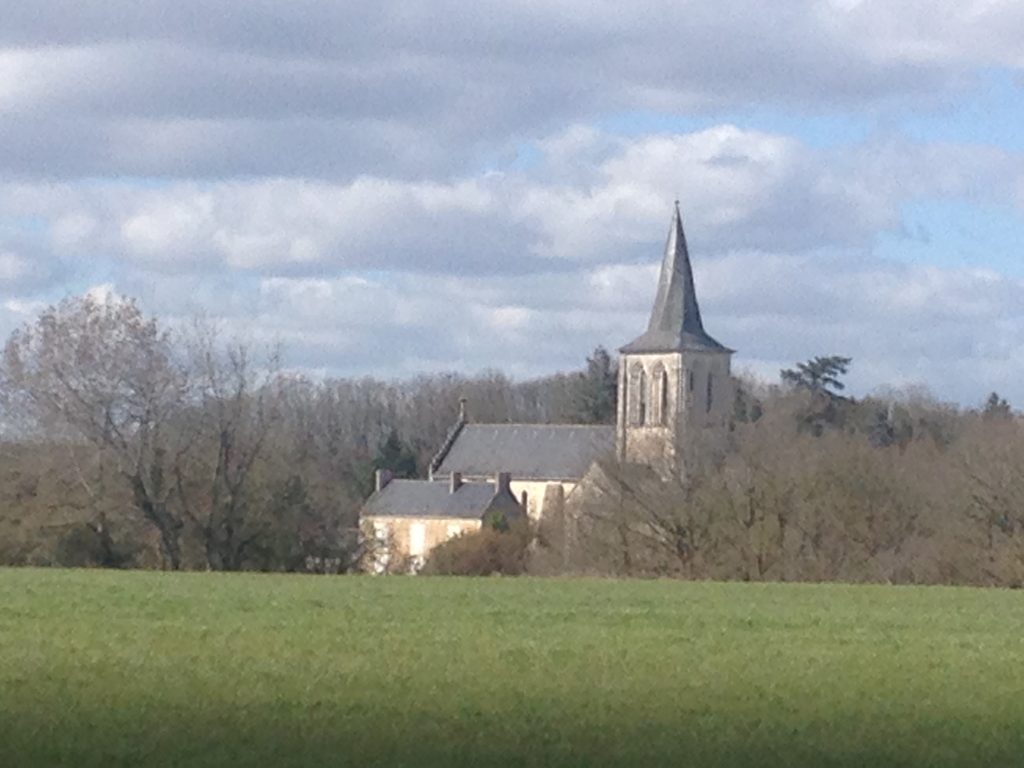 Enroute we stopped at Les Quatre Saisons, The Four Seasons, restaurant on the banks of the Loire for lunch. Although the restaurant lacked charm in the form of decor, the food was quite good, even though the prices were high by French standards. It is a restaurant that caters mainly to tourists because of its’location, but we were hungry and it was lunchtime, and just about everything closes for two hours at lunchtime anyway. Here is a picture of one of the dishes we had. The square is quinoa, the round is a mushroom mousse, and the main is a chicken roulade stuffed with shrimp. All is surrounded by a sauce, of course. This is France! Delicious! 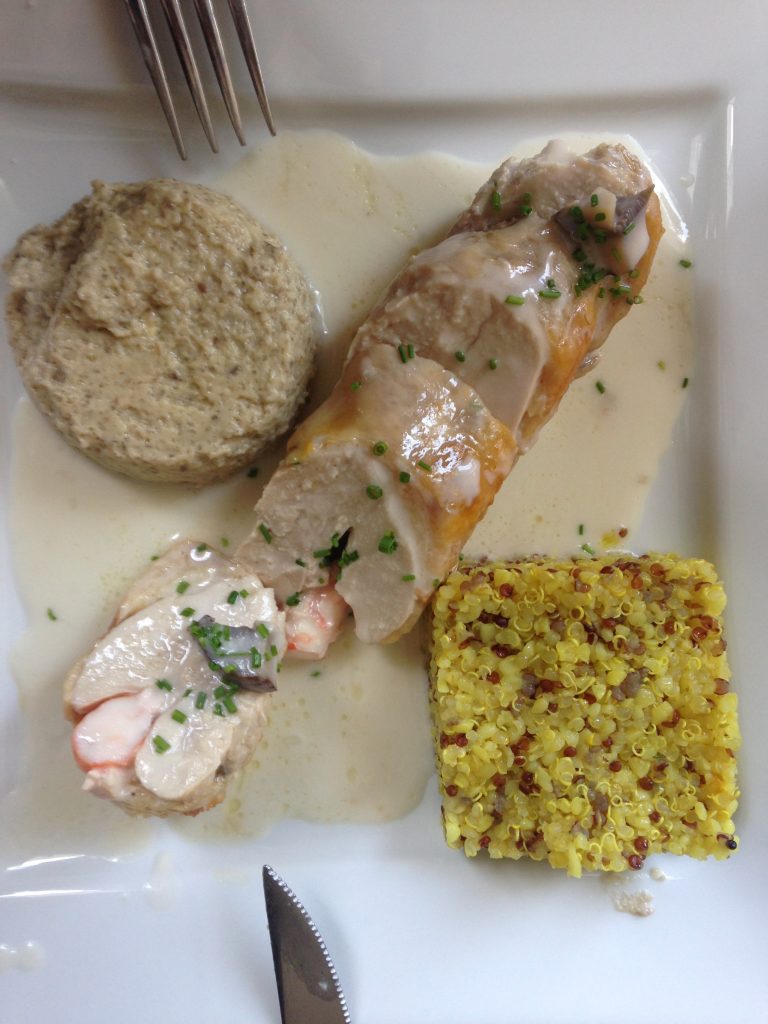 Saumur is a lovely town, and perched on a hill on the south bank of the Loire is a beautiful Château that was begun as a fortification around the Benedictine abbey of Saint Florent in the year 962. Over the years it was added on to and slowly transformed into the beautiful building it is now. It is one of the best preserved Chateau, as it retains most of its’ original walls. In 1368 Louis I made it the official royal palace and began renovations that continued through the reigns of Louis II, III, and René d’Anjou. 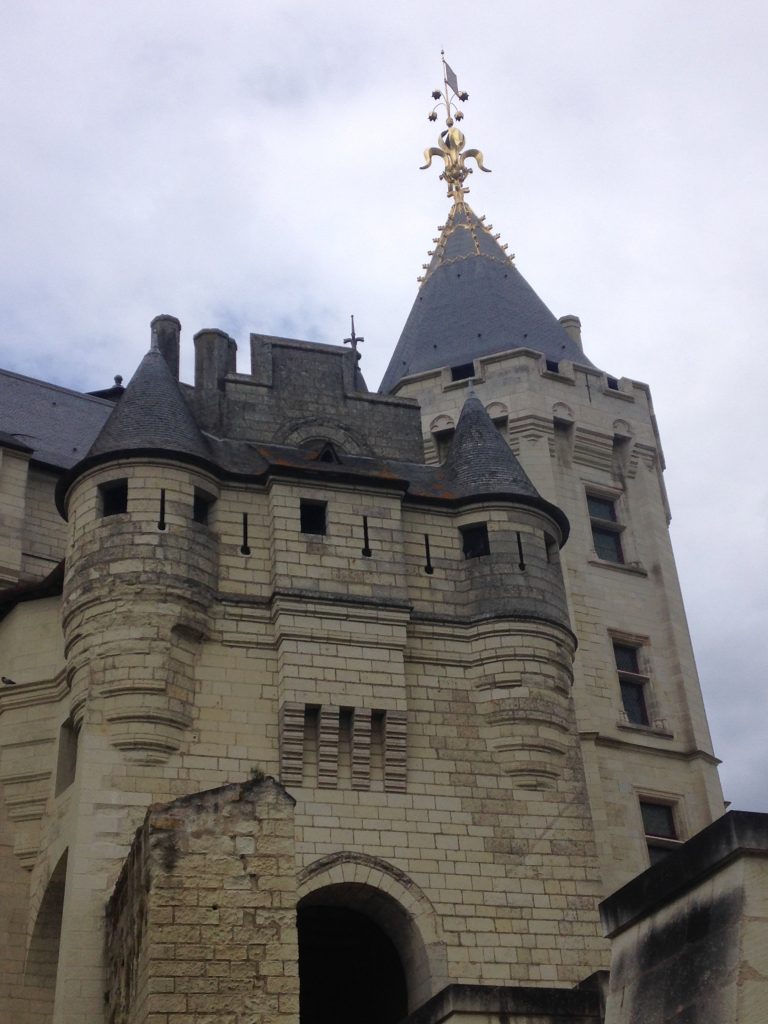 In 1589, Louis the XIV decided that all of France should be Catholic, decreed the Edict of Nantes, which had allowed all religions, invalid, and began a terrible purge of French Protestants or Huguenots. Many thousands were killed if they did not comply or fled to other countries for protection. Saumur became a safe haven for the Huguenots under the governorship of Philippe Duplessis Mornay. This protection ended in 1621, and the chateau was used as a prison by successive leaders until 1815 when a restoration period began under Louis XVIII.

Now it just so happens that my ancestors were Huguenots from the Puy de Dome region of France, and during the persecution, they crossed the border into Switzerland where many generations of Champendal’s lived under Mount Tendre, Tender Mountain near the village of Ballens. They returned to the south of France many years later, where my parents were born. So the city of Saumur and its lovely Chateau hold a special place in my personal history. 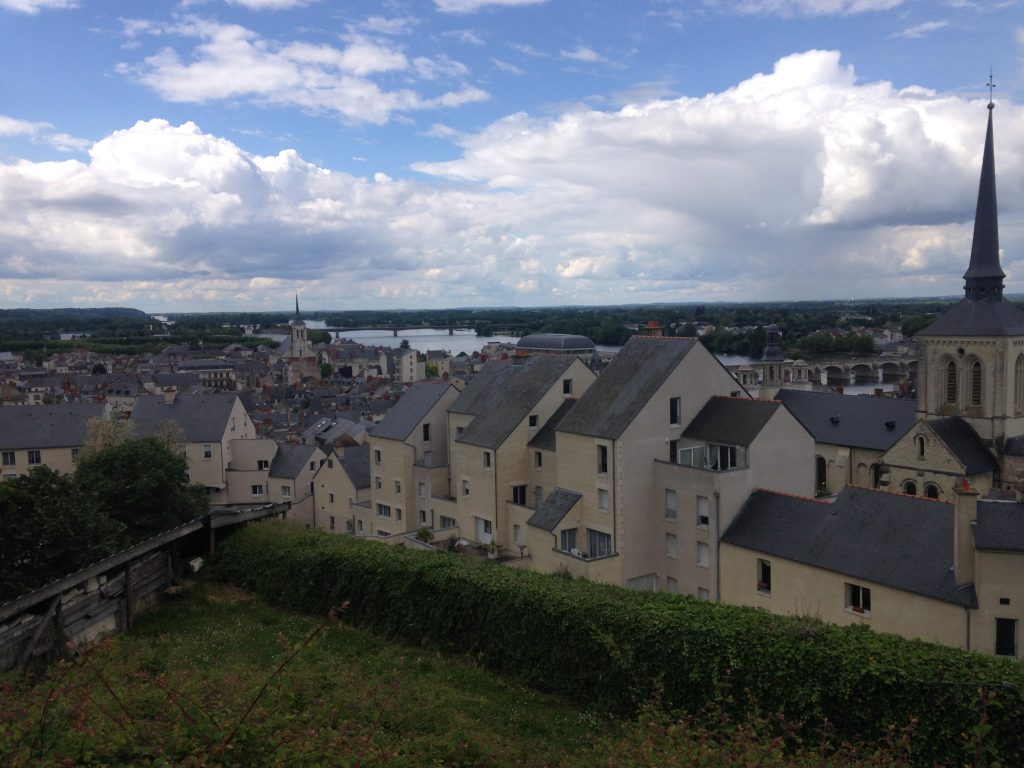 For those of you who do not know about ‘Workaway’, it is an organization the links hosts who need help at home with, anything from childcare to cooking, land clearing, or renovations, with folks who want to travel to another country and learn about its culture. The host provides a bed and all meals and the traveler works for 5 hours 5 days a week. It is a really great way to meet people from diverse cultures and, for me, get help with the renovation of my old house. If you want to check it out, here is the link-https://www.workaway.info/mission.html

Until next time, keep on cooking and traveling!
Denise, Gail and Lindsey