Mt. Monadnock (or Grand Monadnock) at 3,165 feet is located within the towns of Jaffrey and Dublin, New Hampshire. I often viewed this mountain from a distance when visiting my family back east, mainly while driving from Walpole to Keene. The word “monadnock” originally comes from the Abnacki Indian language meaning “mountain that stands alone.” It has been said that Mt. Monadnock is the second most hiked mountain in the world after Mt. Fuji in Japan. After hearing that bit of lore, I decided this was a hike I wanted to take. After mentioning it to my sister Sandy, she said she was game to hike the mountain as well. Now I had a seasoned hiker as a companion. 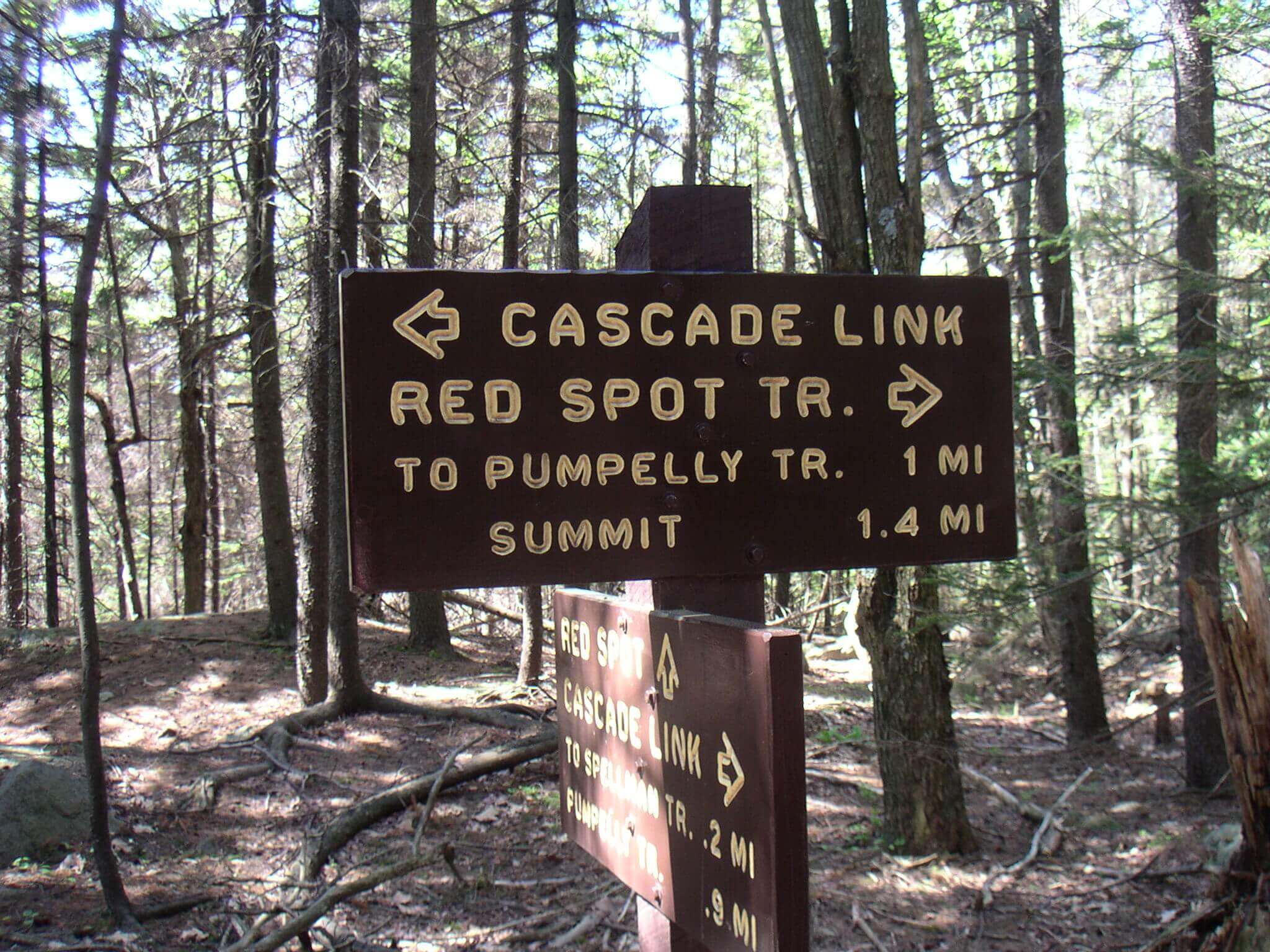 We set off early morning on a beautiful New England day, with sunny skies and not too many mosquitoes (at first). I’d hiked many more miles on trails in Santa Barbara and Big Sur than the couple or so miles to the summit of Mt. Monadnock, but it soon became apparent that this was more of a rock climbing experience than a trail hike. 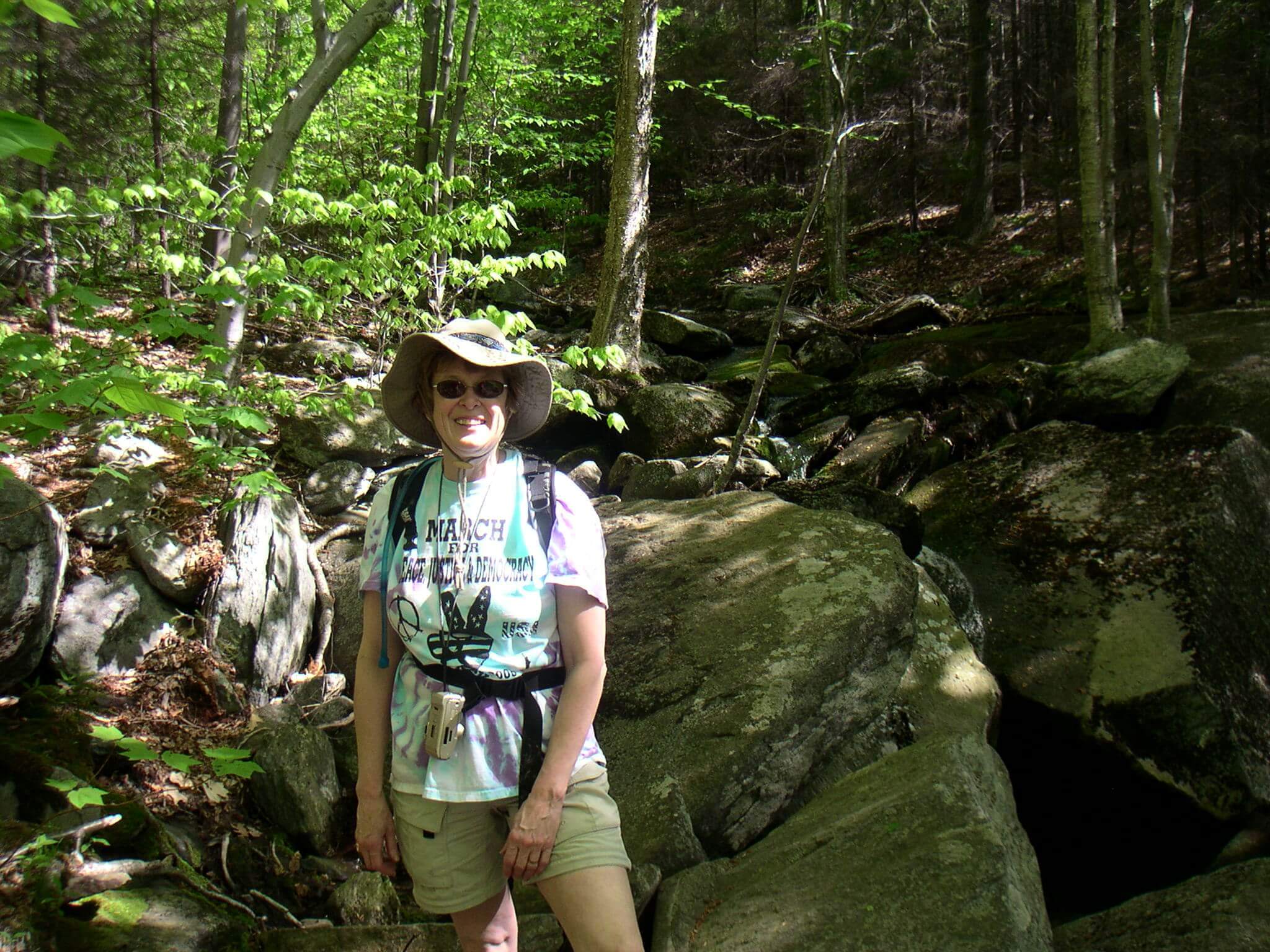 Nevertheless, we carried on, enjoying the scenery along the way. Before my father passed away, he gave me a book titled The Heart of Monadnock by Elizabeth Weston Timlow (1861-1930). According to the text on the back cover of this little gem of a book, she was a lecturer, an early feminist, a mountain climber, the author of seven children’s books, and the principal of a prestigious boarding school for girls in Washington D.C. She visited Monadnock every summer from 1900 until her death in 1930. For Timlow, Mt. Monadnock was a magic mountain full of whispered voices and where, after a devastating war, she regained a sense of beauty and peace. 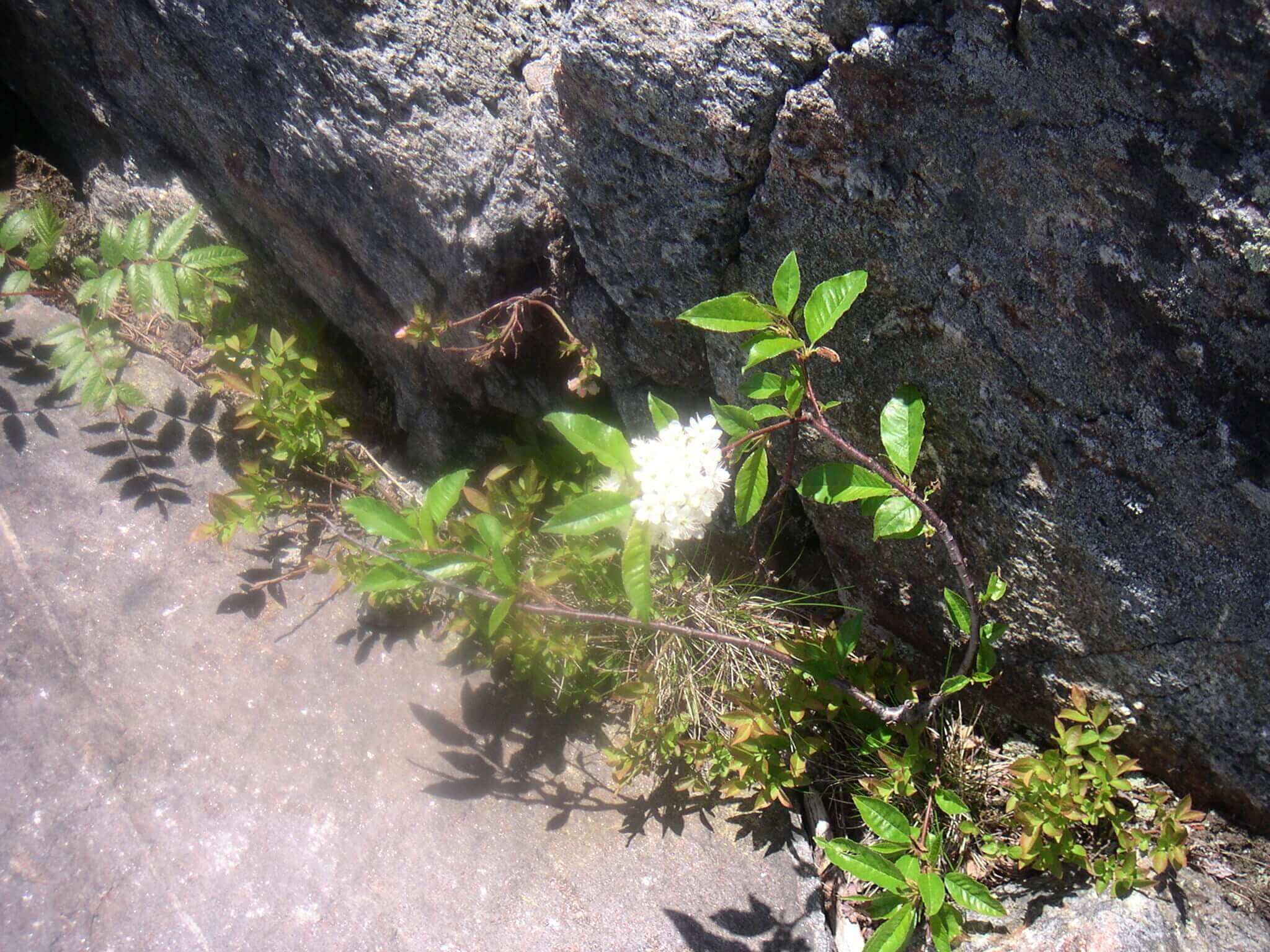 To be honest, a sense of renewal was not exactly what I was feeling as we neared the summit. It was a really strenuous climb! The top half of the mountain was marked by big slabs of boulders and rock that scads of kids and adults were scrambling over. 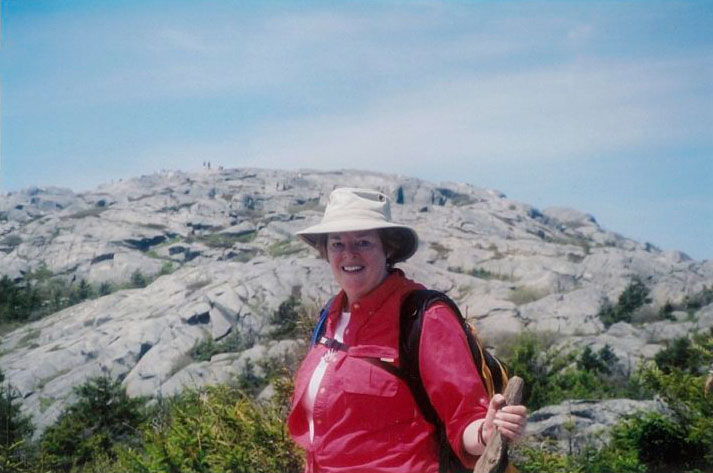 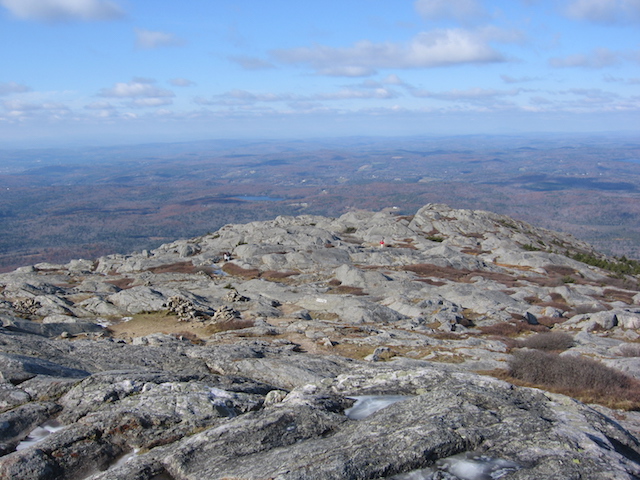 But once atop, the views were breathtaking, so it made it all worth it. The vistas from the treeless summit stretch far into the distance into surrounding states like Vermont and Massachusetts. The many lakes below sparkled in the sunlight, and we could see little New England towns, ponds, rivers and forests dotting the land. 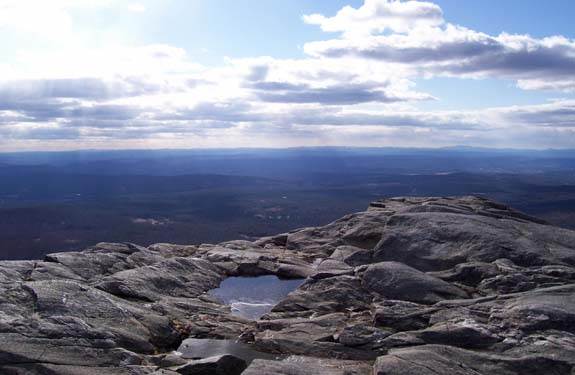 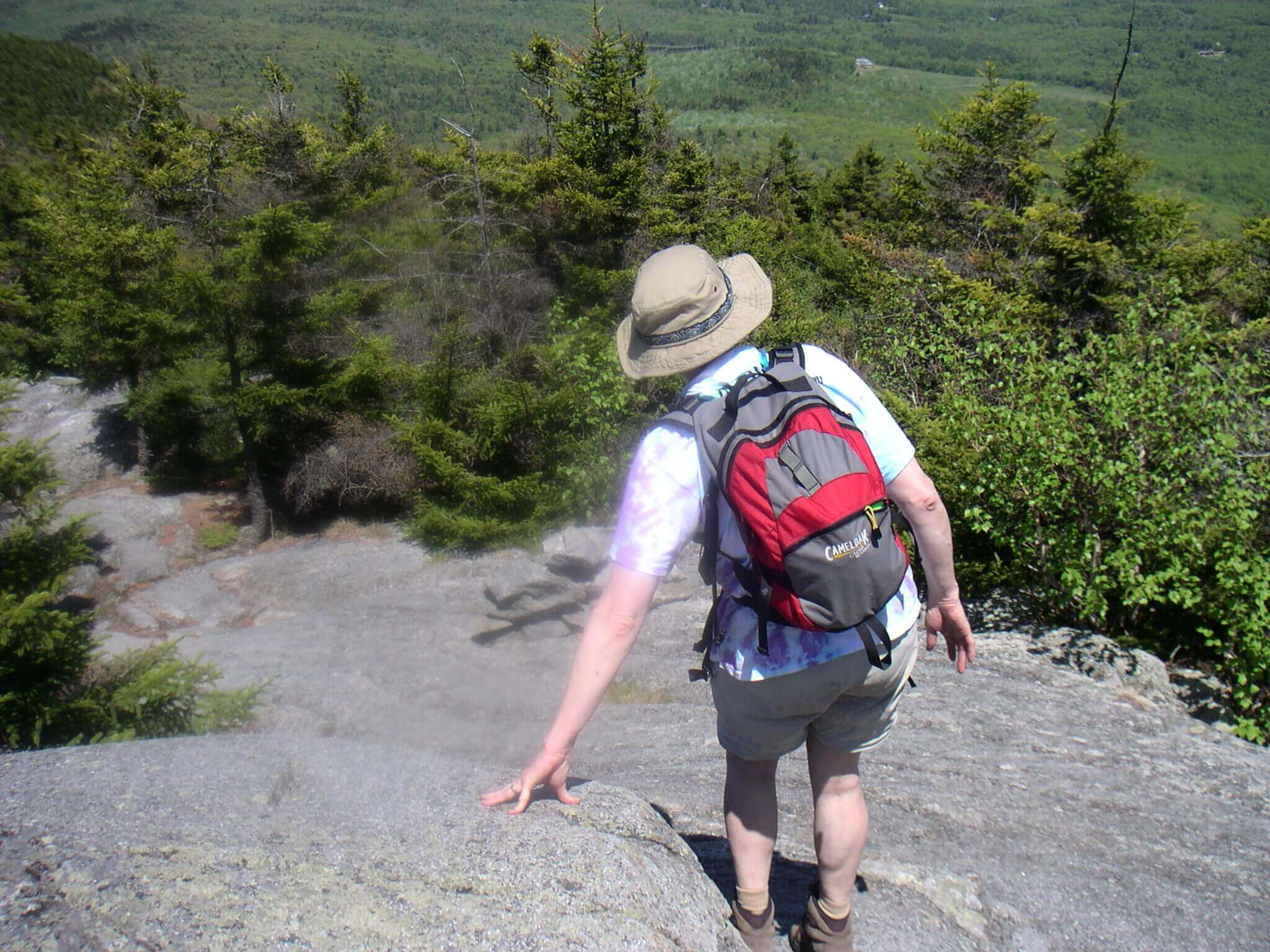 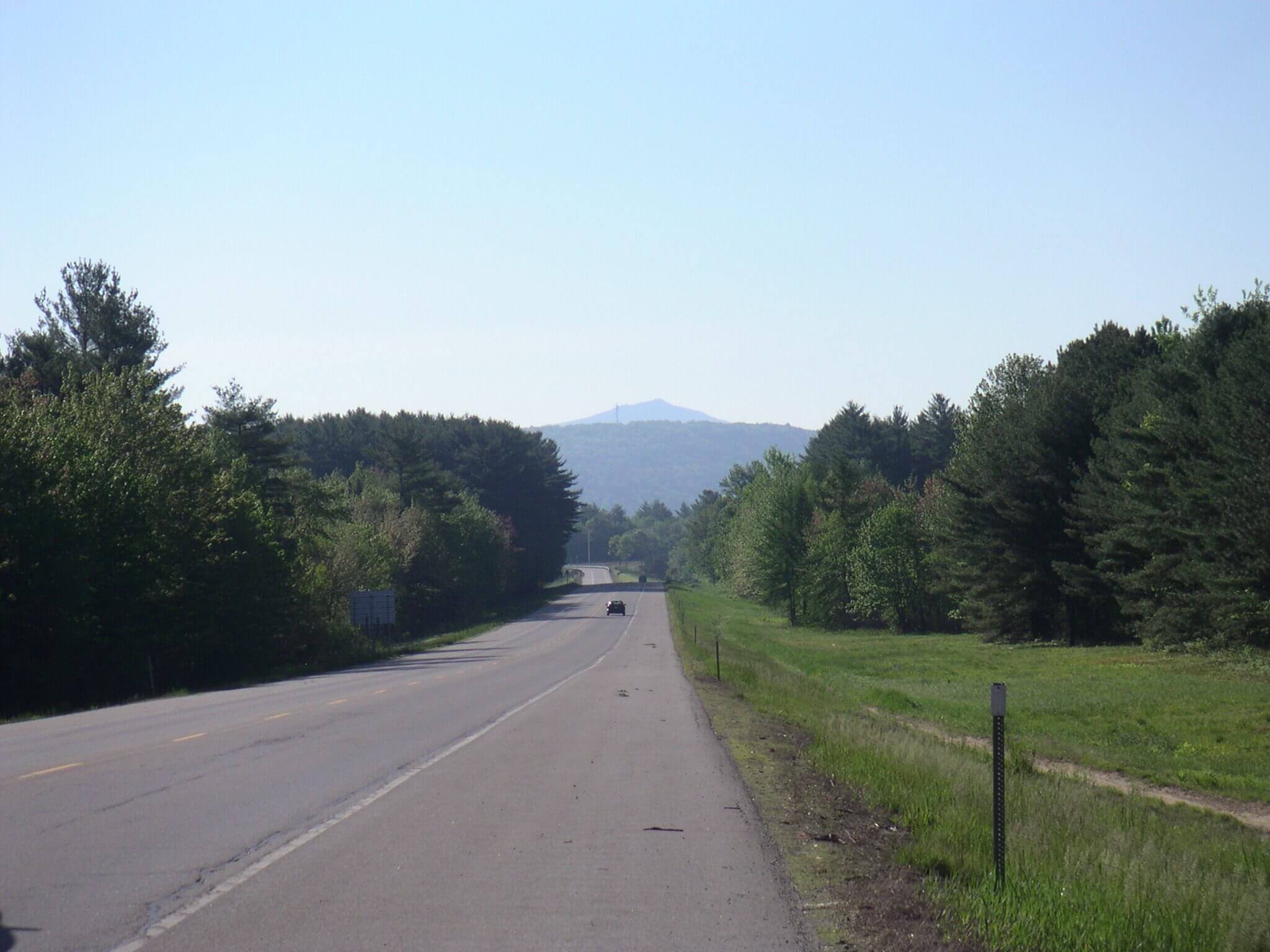 I like to think we followed in the footsteps of Ralph Waldo Emerson, Thoreau, and Mark Twain who all hiked the mountain in their day and considered it a favorite spot for writing and reflection. In any case, it was an unforgettable experience and one that I’d recommend if you’re ever in the vicinity and need a little inspiration or a good measure of exercise.