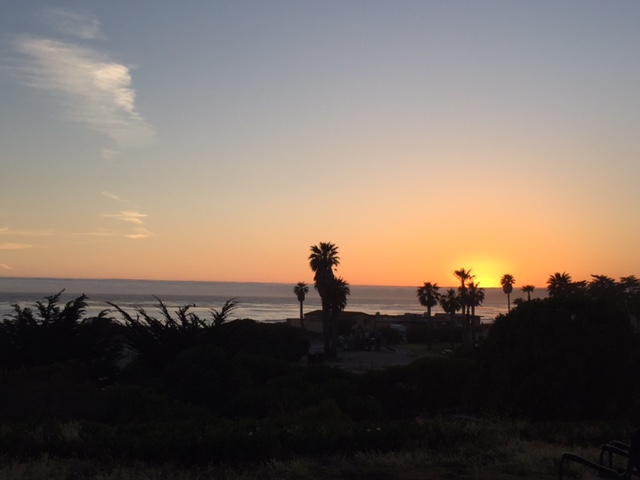 My latest news is that I’m taking up RVing in my recently purchased Roadtrek 190 Versatile! My maiden voyage was to Jalama Beach, about an hour and a half north of Santa Barbara. Its rather remote location makes it an ideal place for campers, surfers, and at certain times of year whale watching. It’s also known worldwide for its Jalama Burger, served up daily at the Jalama Beach Store and Grill. 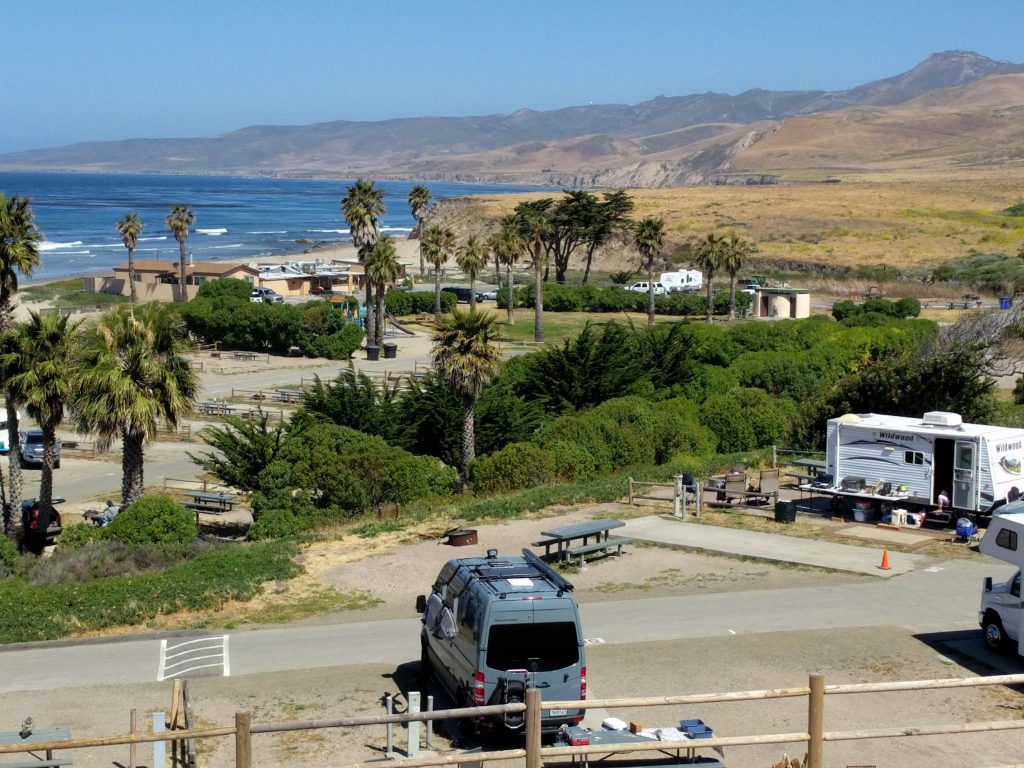 My very first trip to Jalama was nearly 20 years ago. I had relocated to Santa Barbara from Los Angeles and was working in the marketing department of The Alvin and the Chipmunks franchise. I suggested to a couple of my colleagues that we pack a picnic lunch and head out to Jalama over the weekend. They were game. I left early on Saturday morning to get things set up, and as I crested the hill on the last stretch of a 14-mile winding road off Highway 1, I could see a parking lot full of vehicles and crowds of people sunning themselves and walking the beach. To my amazement, at the top of a hill overlooking the beautiful Pacific was a lone, unoccupied picnic table. I parked, hauled my picnic basket and cooler up to it, and carefully arranged a fabric tablecloth over the table. I took out knives, forks, and fabric napkins and set the table, all the while entranced by the miles of sandy beach and waves breaking on the shore. 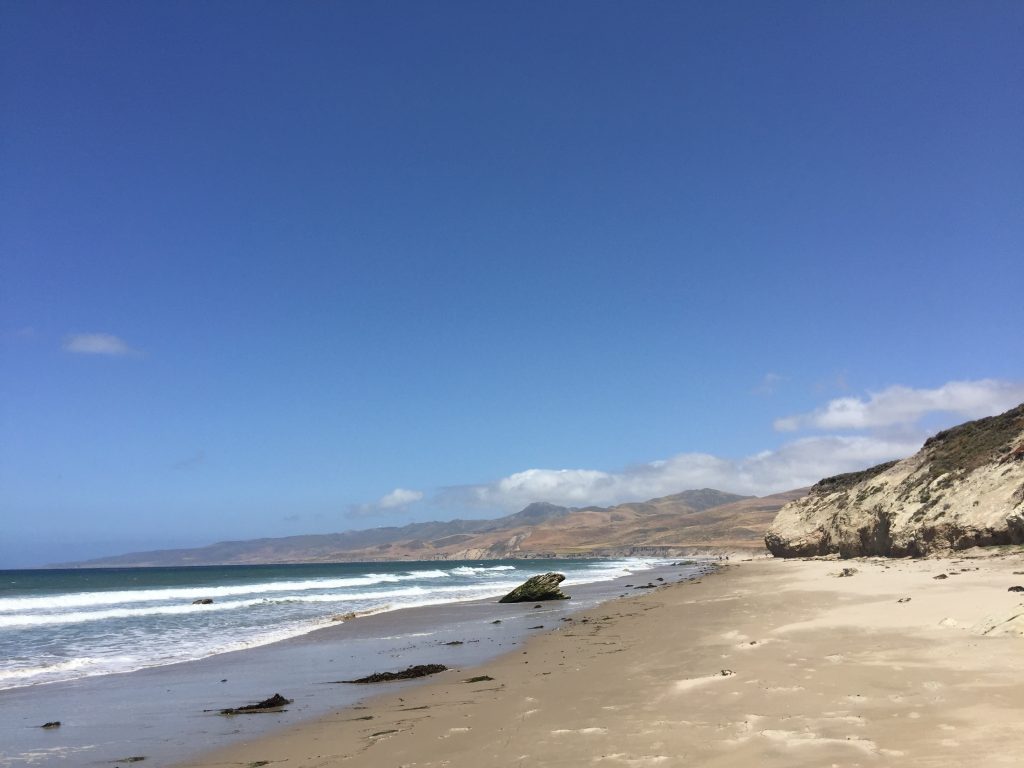 I don’t know how long it was before I felt a hunger pang and decided to try some hummus and one of the salads I had made. I found a plate in the picnic basket, pulled out the containers from the cooler, and as soon as I opened the tops, a swarm of yellow jackets dove for my snacks. Then another, and another. Stunned (not stung, thankfully) I hurriedly threw everything back into the cooler and sat, dejected, waiting for my two friends. When they arrived, I told them of this unnerving experience and they told me about the Jalama burger! We headed down to the store and had a great afternoon. While munching on our fabulous burgers we looked out the window and saw a bunch of kids running down the beach with their hands held high. A closer look revealed that they were holding sandwiches in the air, and a stream of aggressive yellow jackets were trying to get a taste of their lunch. Even though the pests ruined our picnic, I’ve since learned they are after sugary food for a boost of energy (like some humans!) and are not a nuisance all year round. I’m sure there’s much more to learn about these picnic thieves.

My recent trip to Jalama was a much different experience as the photos below show. 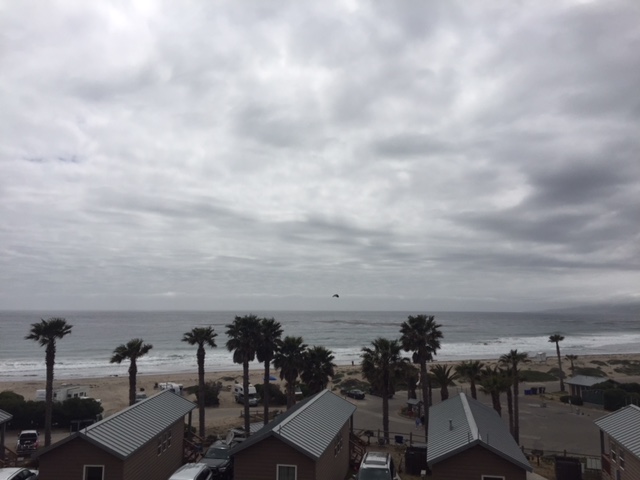 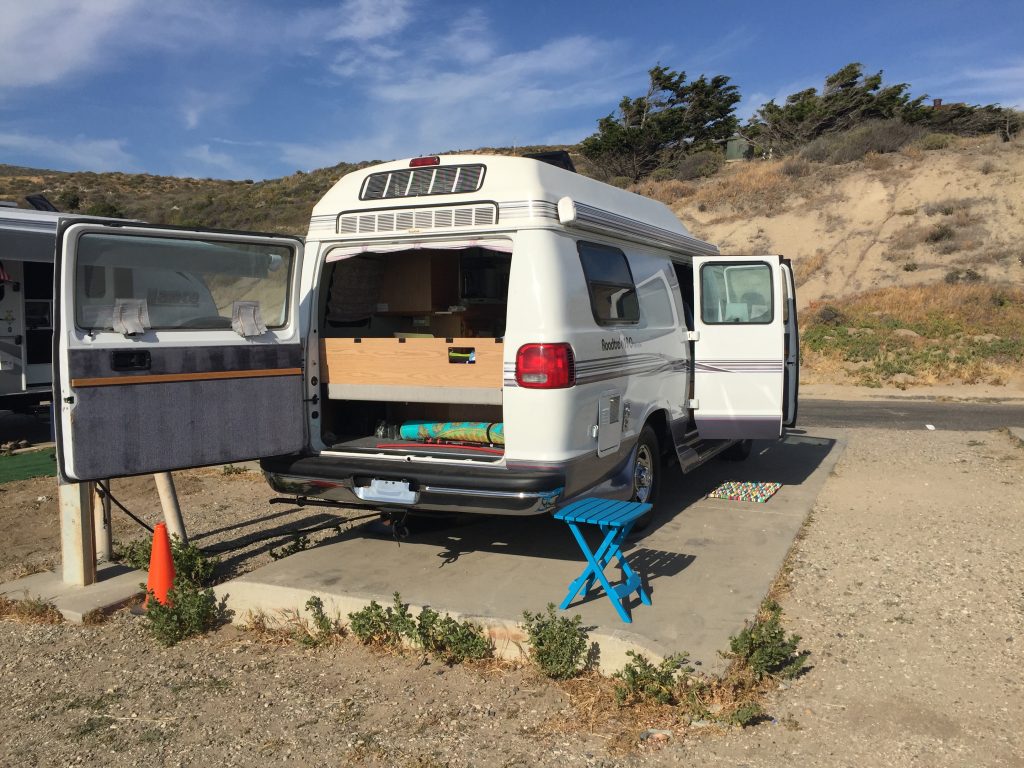 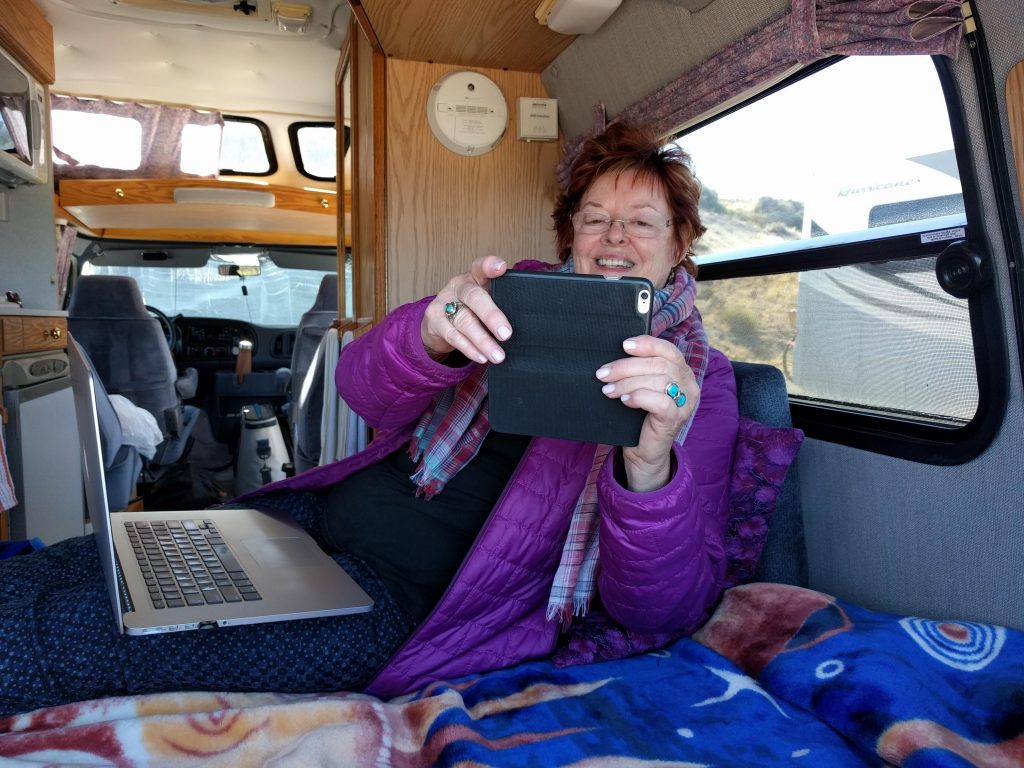 A portion of Jalama was also a Chumash Indian Settlement for centuries until Spanish explorers and settlers moved them to La Purisma Mission. Lots of history here and more to explore the next time I venture out to this special place in the Universe.

Here’s my rig. It’s a 2000 model and not without its glitches (stories for another time), but I”m revving up for a few solid camping trips, some fairly local and others to places I’ve never gone before, like South Lake Tahoe where I’ll once again be meeting up with Sisters on the Fly. 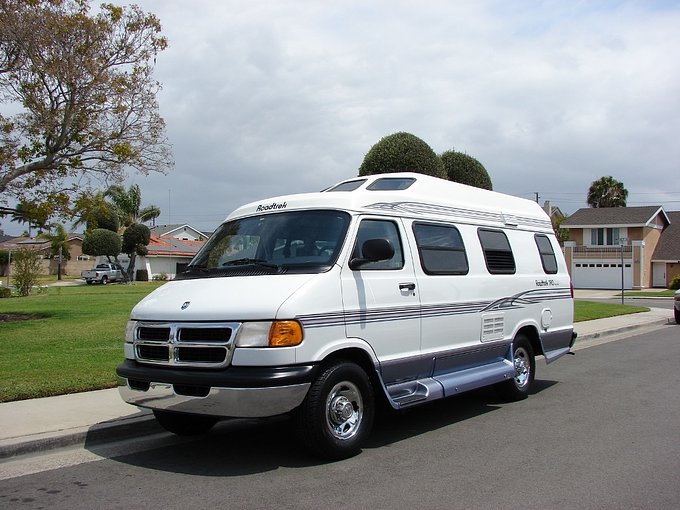 Does this mean my tent camping days are over? I doubt it, but we’ll have to wait and see. In the meantime, I’m trying to come up with a name for my Roadtrek and would love your suggestions. Really, I would! So far, I’ve received “Gone with the Wind,” “Road Kitty,” and “Windsong.” Feel free to add your suggestion in the comments here.

Until next time, Happy Trails!