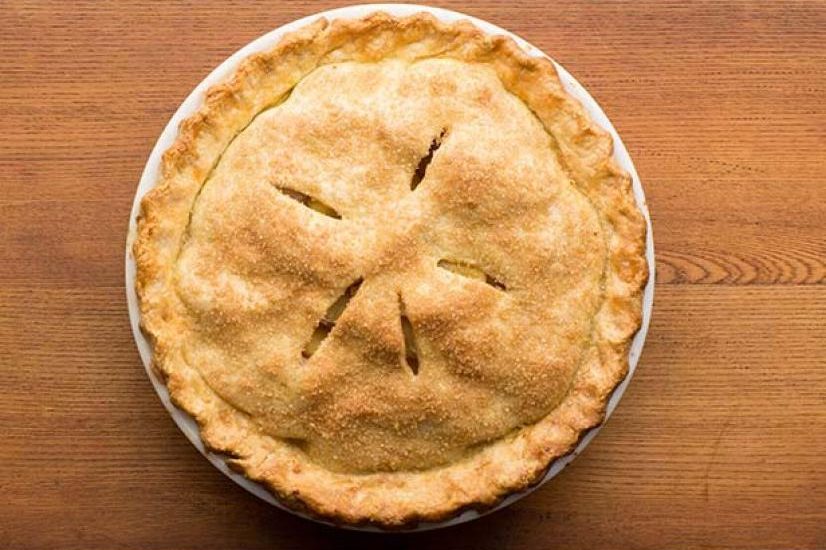 Gourmet Girl Gail here! How is everyone faring during these challenging times? We sincerely hope you are safe, healthy, and still cooking up some fabulous meals.

They say there’s nothing more American than apple pie and baseball. Growing up, our family had plenty of both. My father was an avid Yankees fan and my mom baked the best apple pie ever (recipe at the end of this post). 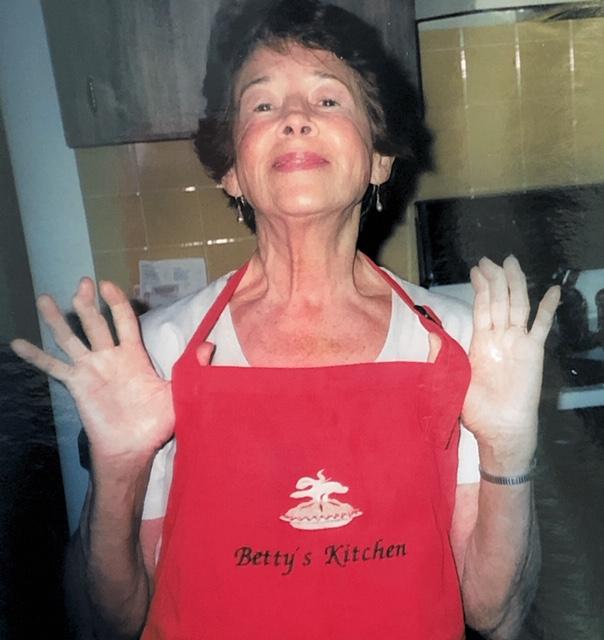 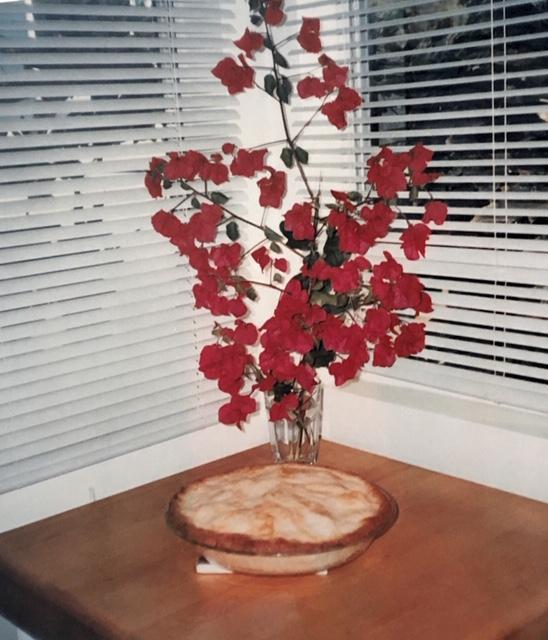 As a young tot in Vermont, I was often taken down to New York City and left with my great-aunt in the Bronx while my parents went to the games at Yankee stadium. They saw the games, but I got to visit the Bronx Zoo, a lot more exciting, I thought! Well, I was probably 4 or 5. When I was in high school, my favorite time to nap was on the sofa while my dad watched the games on television. There was something about the drone of the play-by-play announcer’s voice (most likely Red Barber) that lulled me to sleep.

We weren’t foodies in those days. We ate meals such as Irish stew, corned beef and cabbage, and spaghetti and meatballs. The latter was my favorite and a recipe from Mrs. Tomasi, our family doctor’s wife across the street. 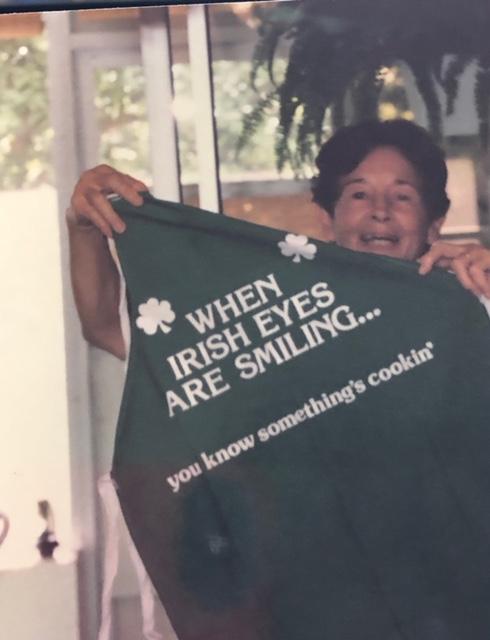 During summertime, there were family barbecues and barbecues with other families. Going out to a nice restaurant was practically unheard of and saved for special occasions, like christenings and confirmations. Of course, we had our Howard Johnson’s, the A&W, and the local soda fountain. Here’s an interesting look at eating out more than fifty years ago.

All of this changed when my dad retired and donned an apron. He began cooking elaborate Chinese-inspired meals, and he made soup. Lots of soups! I “inherited” his recipe box, and during Covid, I’ve had a chance to look through some of his favorite soup recipes. 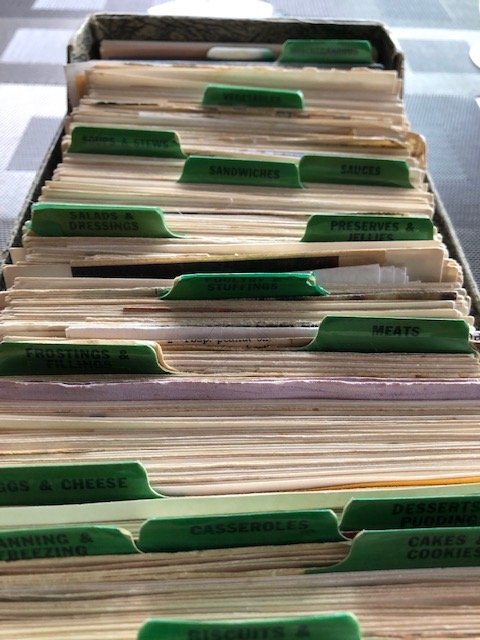 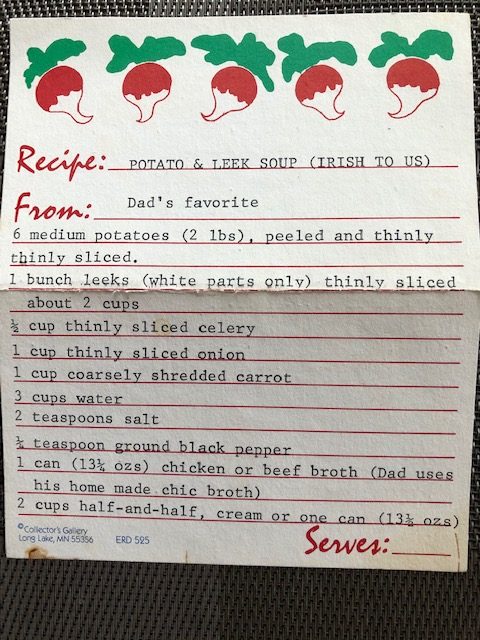 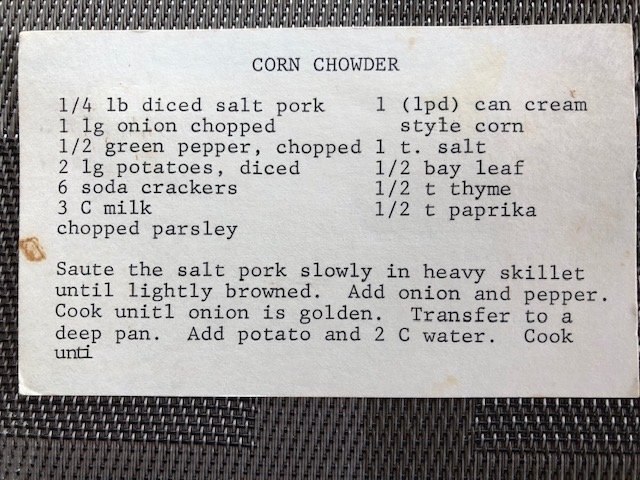 Another soup he made and raved about was Soup of the Inner Sanctum or Senate Bean Soup. Here’s the history and a recipe.

My dad was in state politics and covered the Senate in Vermont as a journalist when I was a young girl. Maybe that’s why he liked this particular soup so much.

Since my dad’s foray into the culinary world, our whole family became more food oriented and cooked together whenever possible, after having been spread around the country. 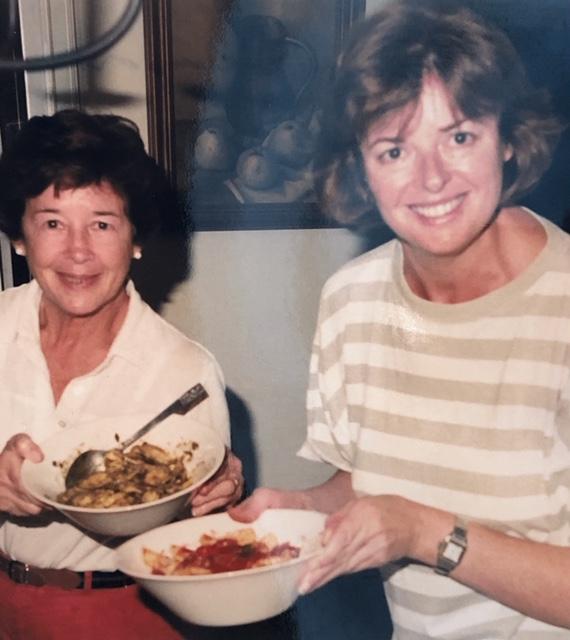 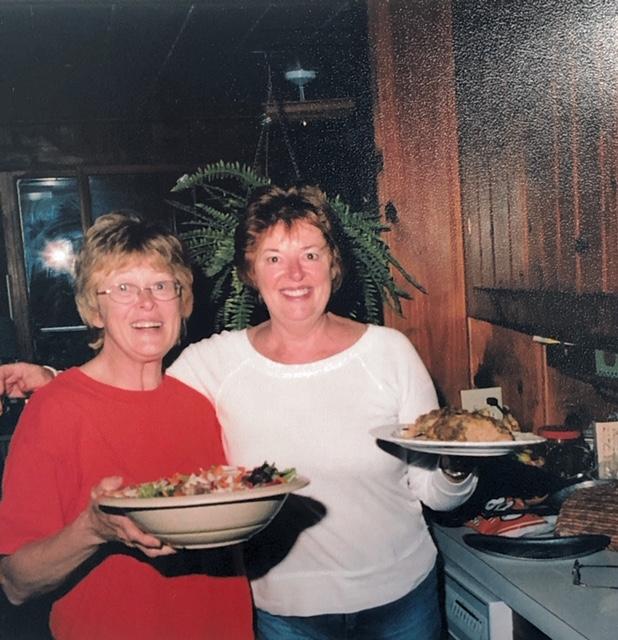 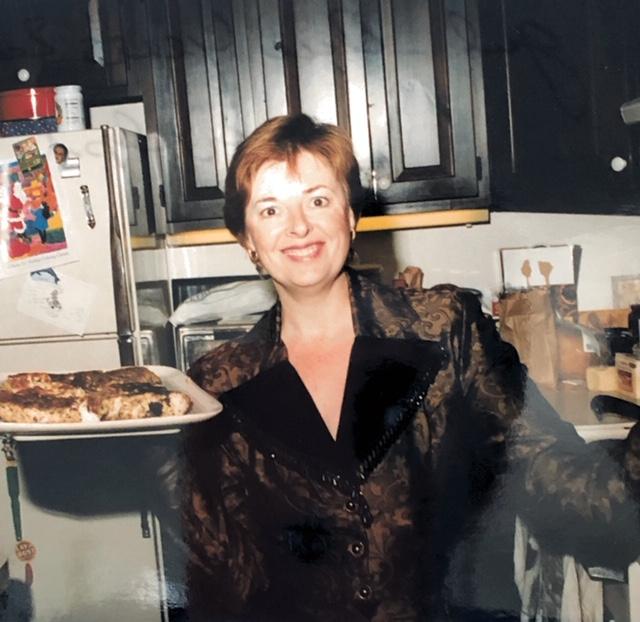 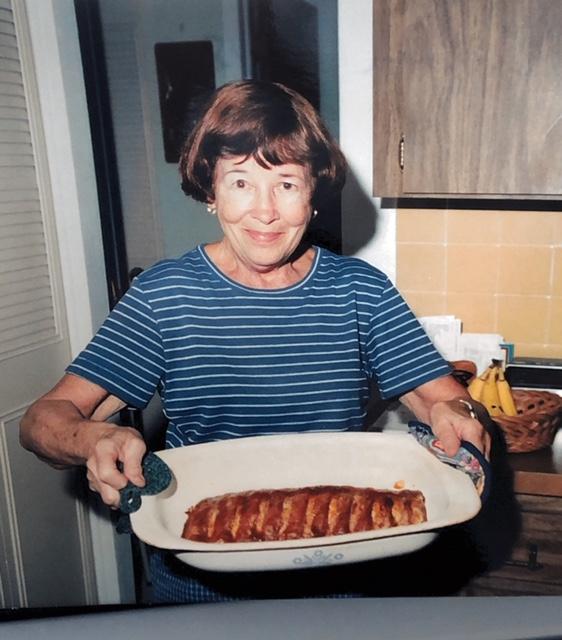 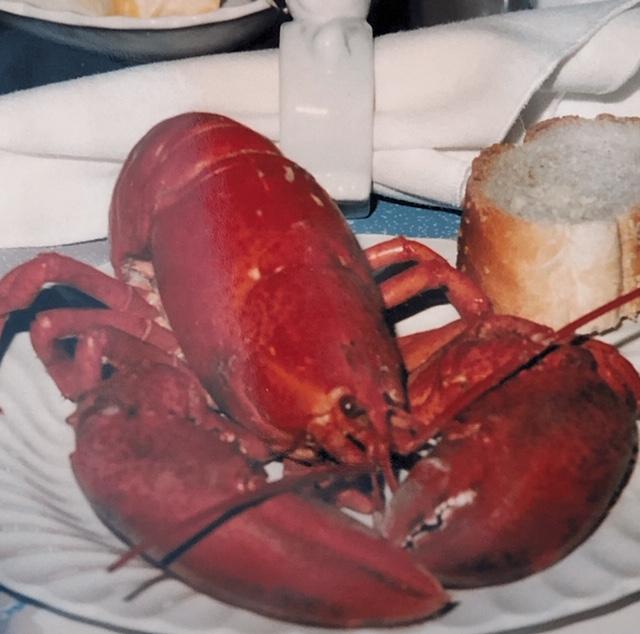 Lobster, my favorite treat! When my parents moved to Maine, I would drive up to the Maine Lobster Fest in Camden, and if you couldn’t eat at least two of these monsters at the festival, you weren’t considered a Mainer!

I doubt there was much room for Mom’s apple pie afterwards, but as promised, here’s her recipe. We always ate a slice with sharp Cheddar cheese or a scoop of vanilla ice cream on top. Delicious!

In a mixing bowl, combine flour & salt. With two steak knives, cut in shortening until mixture resembles coarse meal. Sprinkle a tablespoon of water on small section at a time, mixing lightly with a fork until all flour is moistened. Gather dough into a ball and cut in half. Chill 1/2 hour.

Yes, my mom used Crisco, but you can substitute butter. Crisco isn’t the same (thankfully!) as it was in the fifties. 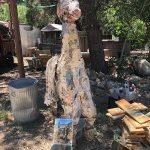 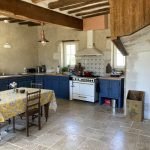 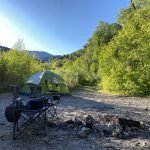 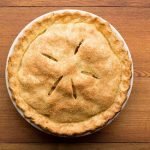