Greetings! Gourmet Girl Gail here. A couple of weeks ago I wrote about my drive to Austin, Texas, with a stopover in Marfa. I’d never heard of Marfa until my niece discovered it with her brother on a cross country trip. Rather emphatically, she said, “I could live there.” After a bit of research, I wondered, In a desert town in the middle of nowhere with a population of 2,000 people? 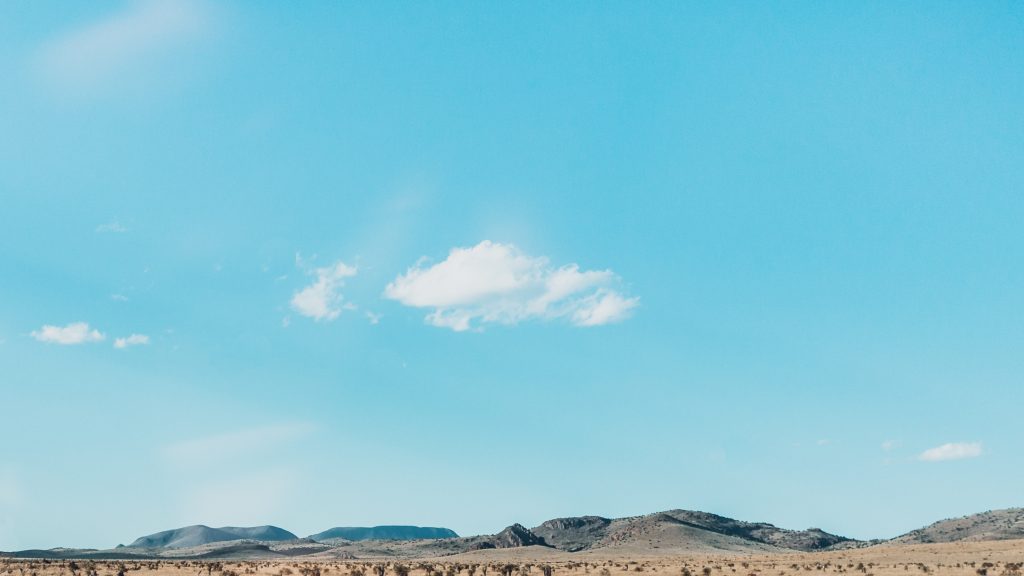 Naturally I had to check it out on my way to and from Austin. The “To” stop took about half an hour, but convinced me that I needed to spend more time there on my way back. 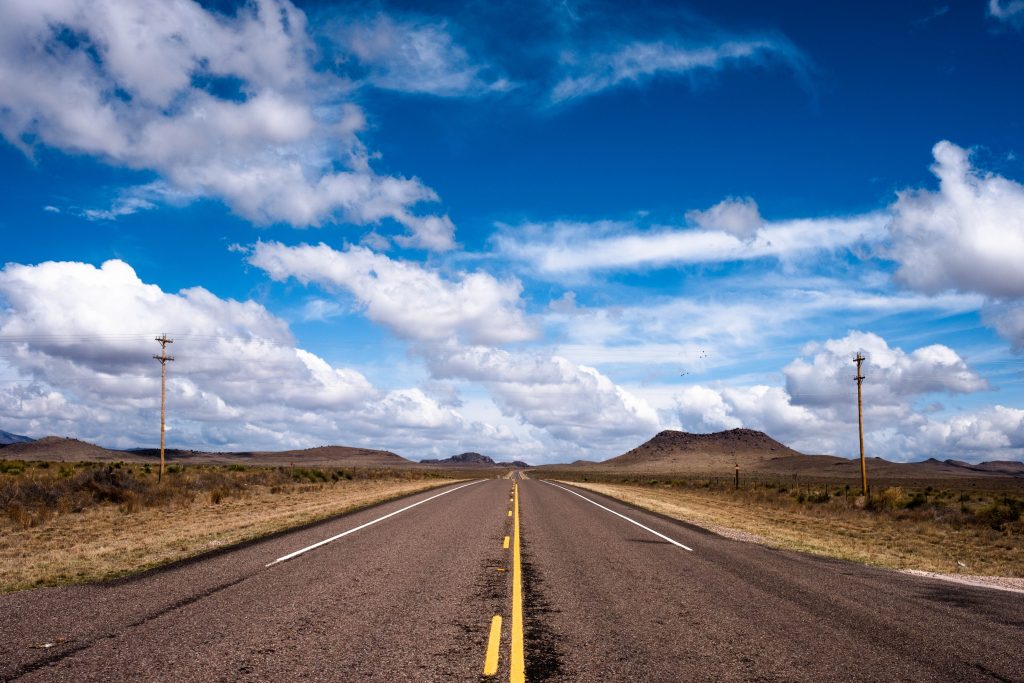 First off, artist Donald Judd had relocated to Marfa from New York City’s Soho in the early seventies. He bought many buildings in Marfa where he made permanent installations of his art. I lived in Soho in 1970 (before Soho was Soho) and often passed by the five-story cast-iron building he bought at 101 Spring Street in 1968. I knew and admired Judd’s work. So I booked two tours upon my return to Marfa, one of his home and the other of several buildings he purchased in the three-block downtown. Below is the gate to his house and studios. Unfortunately, there were no pictures allowed inside the complex. Judd may have been somewhat eccentric but basically, he single-handedly revived the economy of Marfa. 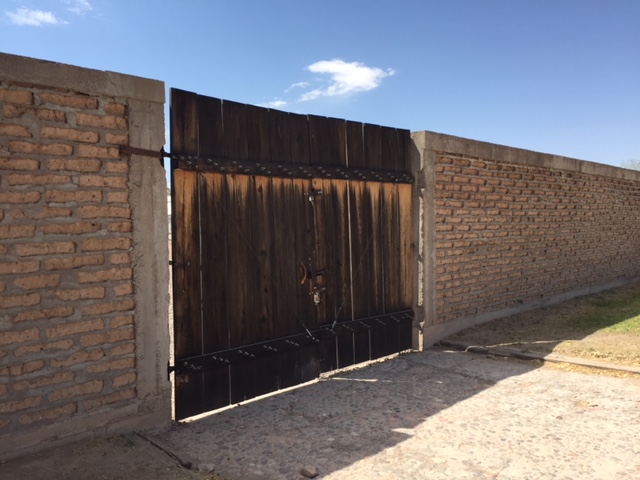 I didn’t have a hotel reservation when I arrived in Marfa for my two-night stay, and little did I know there was a music festival that weekend. I’d heard about the glamping facilities at El Cosmico and tried to get a teepee or Hemingway tent for both nights, but everything was booked. Thankfully, I had my trusty tent in the back of my RAV 4 and they welcomed me to pitch it in the field for $20 per night. The Marfans are really hospitable! 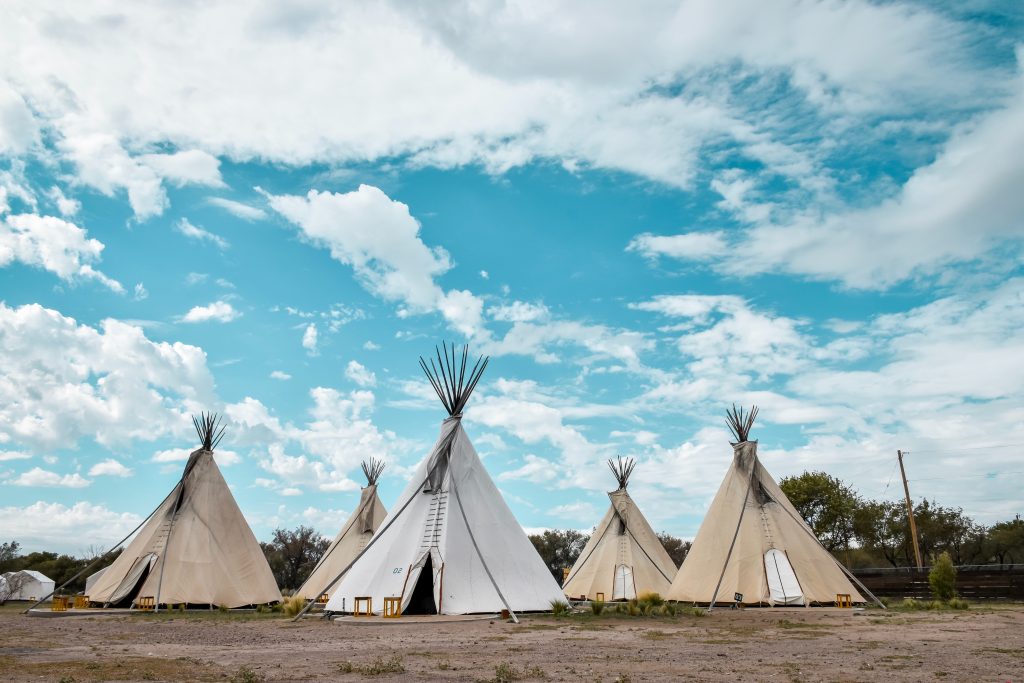 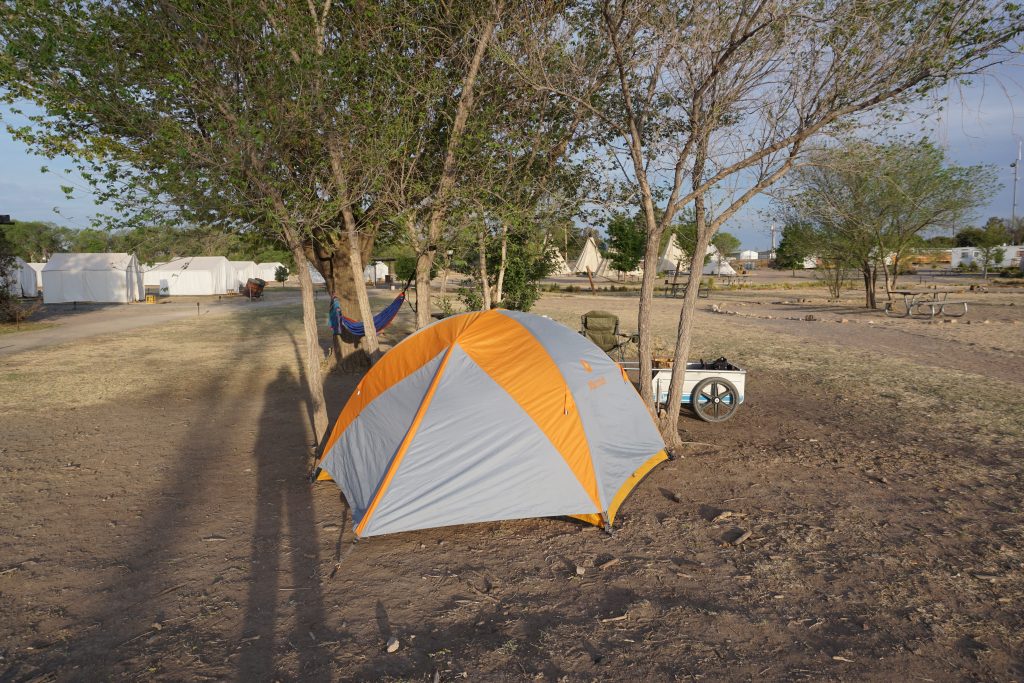 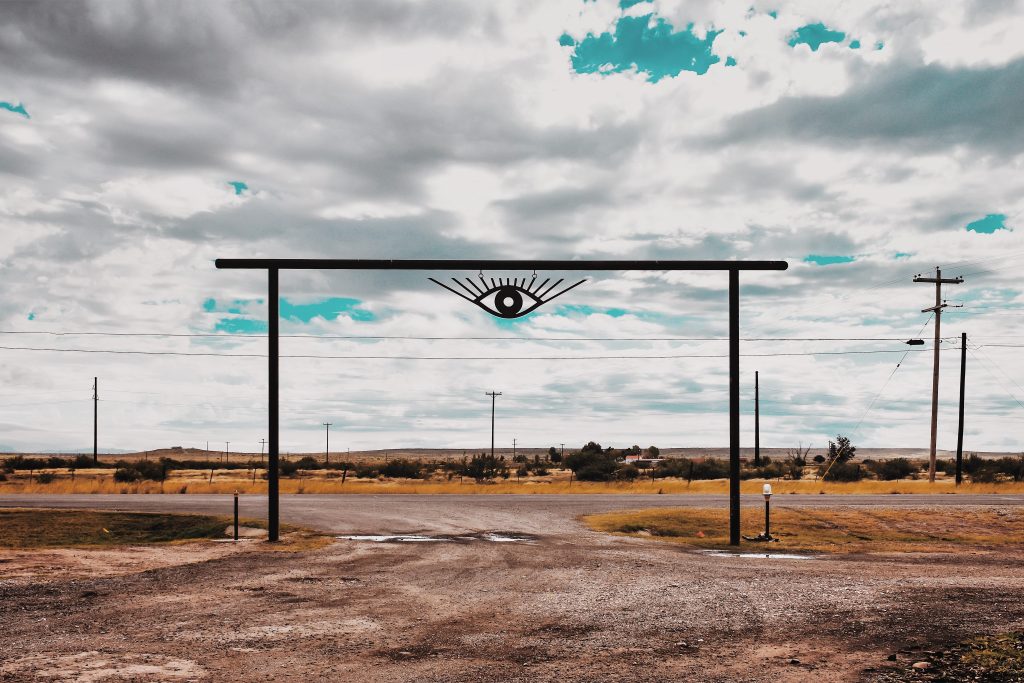 Surprisingly, Marfa has a few really good restaurants and a number of high-end clothing shops. Among the waiters, tour guides, shopkeepers, and others, I met people from New York, Los Angeles, Santa Barbara, Houston, Dallas, Austin, and a couple of girls from London. The book I bought titled Marfa for the Perplexed has a few suggestions for visitors: 1.) Don’t ever complain about the rain. 2.) Don’t ask a rancher how much land they own or how many cattle they have. 3.) Don’t drive your expensive sedan down the Pinto Canyon Road, or any dirt road in the Big Bend, after a rain. 4.) Don’t try to pick the lovely looking prickly pear or cholla blossoms. Ouch! 5.) Do not become impatient while standing in line at a store counter if the cashier is chatting with the customer in front of you. 6.) Keep a smile on your face and say “howdy” to strangers. Oh, and wave at passing cars, even if you don’t know the driver. Good advice from Lonn Taylor, a local historian and author of the book.

About those mysterious and famed Marfa Lights. I never did try to see them. A funny anecdote from Lonn’s book tells about a tourist who walked up to the desk in the lobby of the Paisano Hotel and said she wanted to see the Marfa Lights. A cowboy who had been talking to the woman behind the desk piped up and said, “We don’t turn them on until after dark.” I highly recommend the book, even if you never set foot in Marfa. It’s filled with humorous anecdotes and insights into this special corner of the world.

I did get a close look at the Prada installation near Valentine on my way back to Interstate 10. Prada Marfa is a permanently installed sculpture by artists Elmgreen & Dragset, situated just off U.S. Highway 90 and about 26 miles northwest of Marfa. The installation was inaugurated on October 1, 2005, and is recognized as a museum. Thousands of visitors from all over the world pay their respects each year. 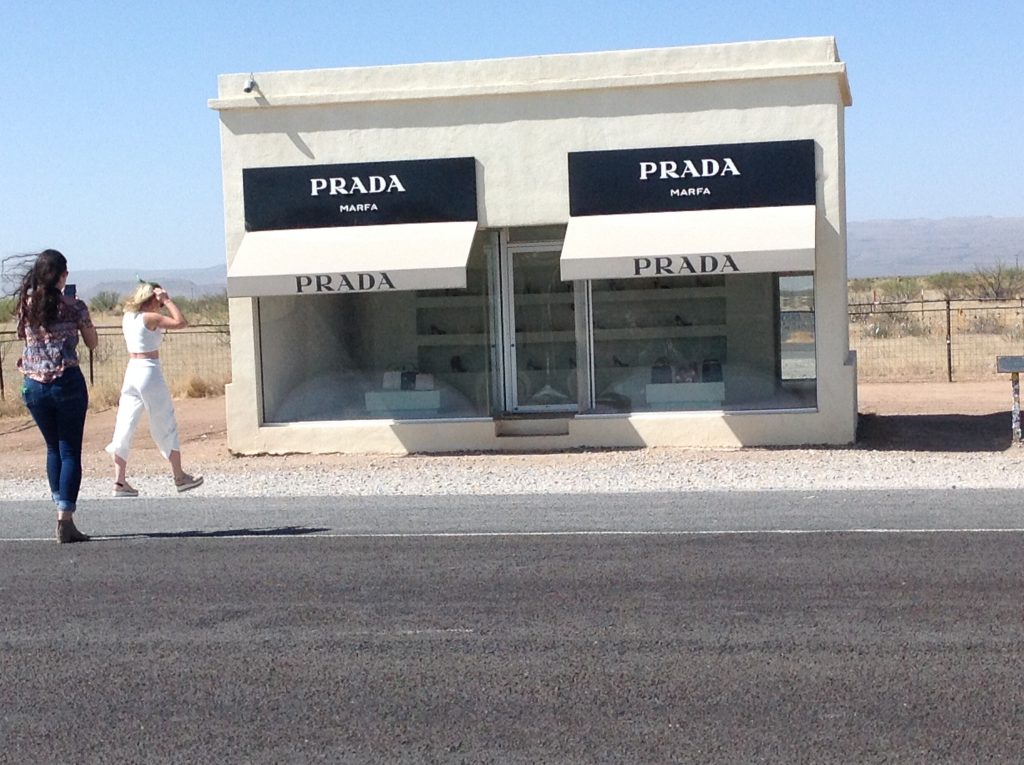 Marfa (founded in 1880) and the Big Bend area have a lot of history stretching back to before the Mexican Revolution. The movie Giant was filmed in Marfa in 1955. Sterry Butcher who wrote the foreword to Lonn Taylor’s book has a theory “that Marfa’s remoteness and its lack of people or resources forced its people to be open to the eccentricities of whoever came along. When there are just a few people to make a community work, you have to take people as they come, whether they’re a homemaker, a cowboy, or a kilt-wearing artist from New York. You never know who you might need.” That’s certainly the vibe I got from being in Marfa for a very short time. It’s one of those places I’m bound to return to!

Have you ever been to Marfa? If so, what was your impression? Let us know by leaving a comment here.

Happy Trails to you. Until we meet again. Keep smiling until then … (courtesy of Roy Rogers & Dale Evans!)

Adios to our dear friends and followers!