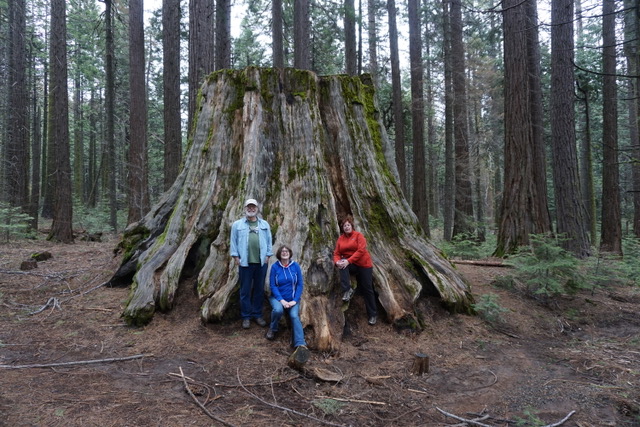 Gourmet Girl Gail here. I just returned from my yearly trek to Yosemite, and it was spectacular. I’ll cover that in more detail in a later blog post, though. Right now I’m excited to share with you one of those magical experiences that can happen while traveling. My sister Sandy and her husband Fred flew in from the east coast to join me. Fred is a musician, and they had learned of an open mic in Oakhurst, not far from where we were staying. After exploring the Yosemite Valley floor for a few hours on our first day, we headed down to Queens Inn on the River in Oakhurst. An intimate setting. We listened to various musicians, then one of them loaned Fred a guitar and he had a chance to play and sing. He was well received by his peers and the small audience alike. I gathered that he’s used to playing such venues in the vicinity of his hometown.

Upon leaving, we got into a conversation with a few of the “locals” who wanted to know why we were in the area. Yosemite, of course! A woman named Brenda spoke up. “Have you ever been to Nelder Grove?” she asked. I had, a couple of times, once with Gourmet Girl Denise, in fact. When she offered to take us on a tour of the grove the next morning, Fred and Sandy were overjoyed at the prospect. I was less so, but decided to tag along. It didn’t take long for me to change my tune. We met Brenda Negley at the junction of 274 and 41 and hopped into her 4-wheel drive truck. She immediately began to give us some oral history about Nelder Grove. Not only that, she had written a book about it! Why? Her grandparents were the first volunteer campground hosts in Nelder Grove, and they protected it for 20 years from 1975 to 1995. Naturally, Brenda spent time in the grove with them during her youth. She volunteered in the grove for two years before carrying the torch and becoming the campground host for six years. By the way, the title of her book is Nelder Grove of Giant Sequoias: a Granddaughter’s Story. 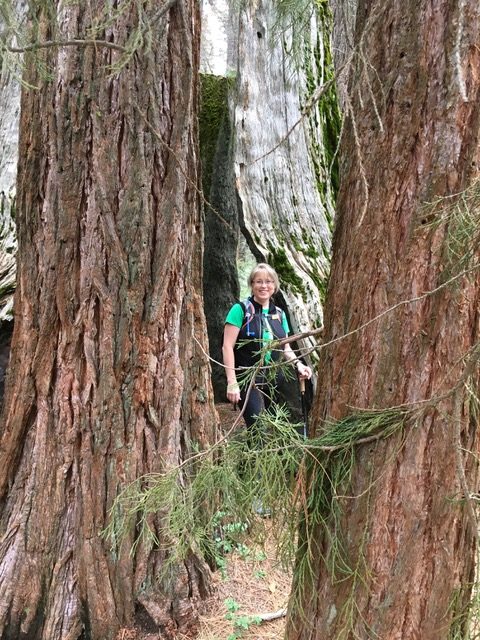 There’s a lot of history steeped in the grove. A prospector by the name of John Nelder from New Orleans came to the grove in 1875 and built a cabin there. John Muir met him outside his cabin under the sequoias that same year. According the interpretive guide that Brenda gave us, in Muir’s book Our National Parks (1901) he describes walking with Nelder. “His eyes brightened as he gazed on the trees that stand guard around his little home; squirrels and mountain quail came to his call to be fed, and he tenderly stroked the little snow bent sapling Sequoias, hoping they yet might grow straight to the sky and rule the grove.” Nelder lived in the grove for 14 years. You only need to take a stroll among the tall trees to understand why. For more information go to http://www.neldergrove.org. 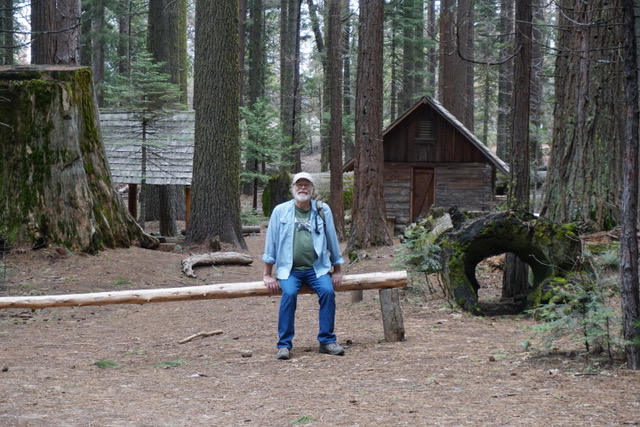 Our hike with Brenda lasted four hours. Her knowledge of the flora and fauna, the giant sequoias, the history of the grove, the cabins, and the logging days was fascinating. Her passion to sustain its natural resources and its use and enjoyment by the public is beyond commendable. If you’re ever in the area or on your way to Yosemite, don’t miss an opportunity to visit what Brenda calls her happy place. And indeed it is! It’s also a good alternative to Mariposa Grove in Yosemite, which is closed for renovation until the fall of 2017.

Enjoy rest of the photos! 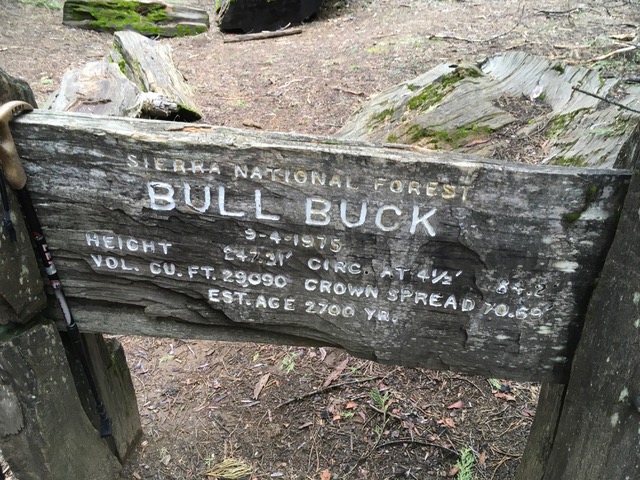 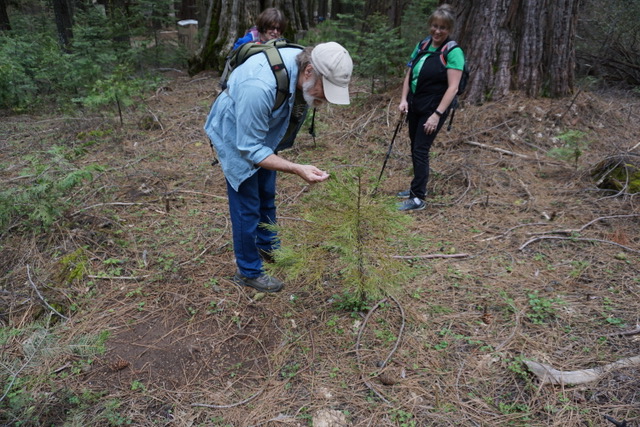 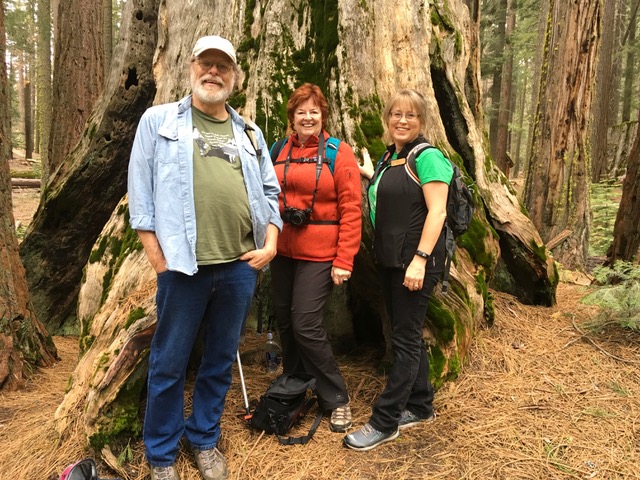 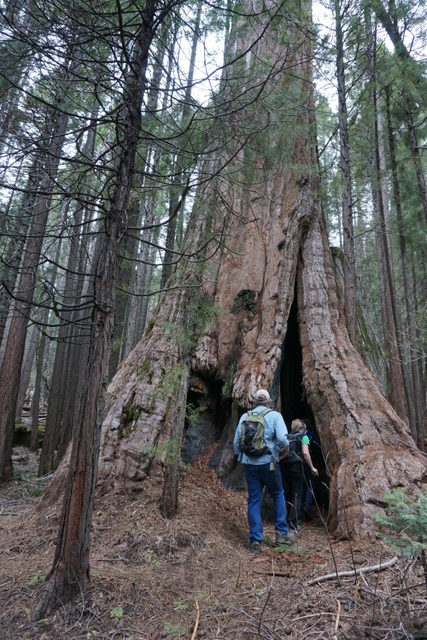 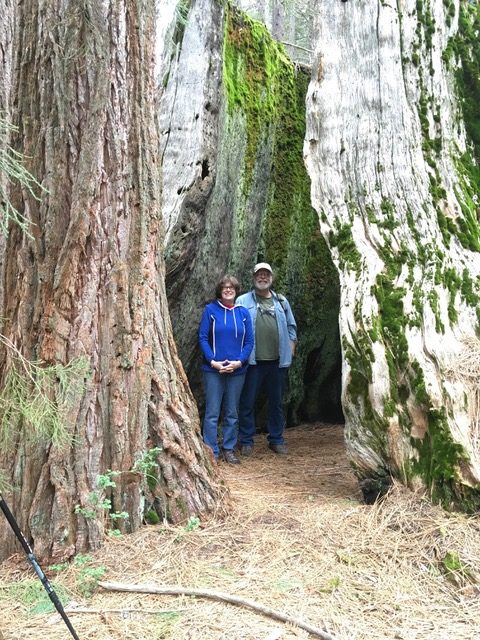 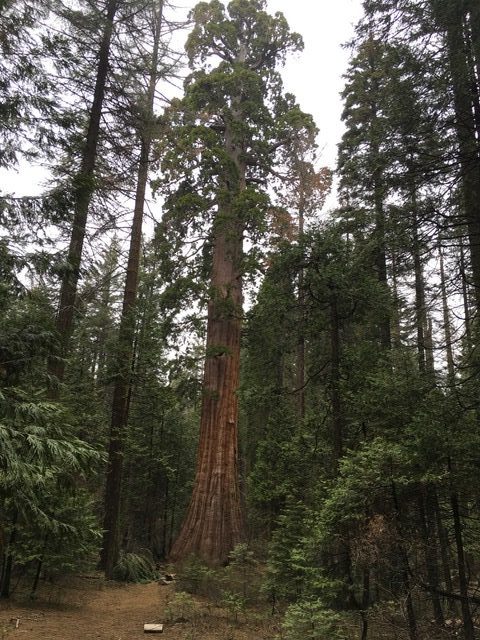 Cheers,
The Gourmet Girls on Fire

P.S. Mother’s Day is coming up! Our cookbook would make a great gift for a foodie mom, an RV-ing mom, or any mom who likes to cook yummy meals for her family and friends! Buy a copy here and make Mom happy!