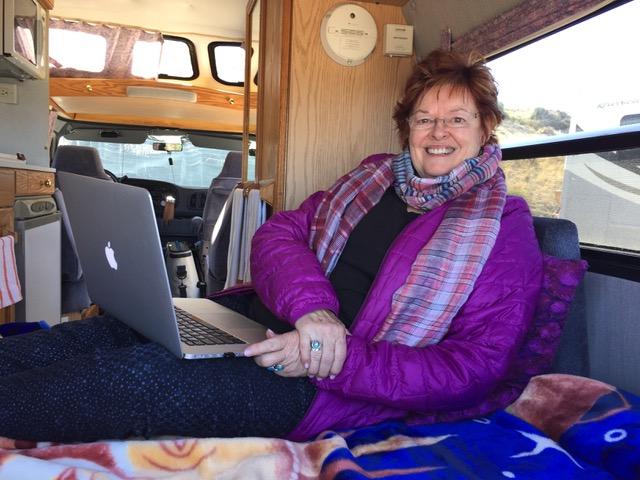 “I take to the open road, healthy, free, the world before me.” –Walt Whitman

Gourmet Girl Gail here writing from sunny Santa Barbara. I took a hiatus from blogging for a few weeks while traveling up to Wyoming and back with my dog Abigail and friend Kathy Moran. We started out in August in our separate rigs and wound our way up to Cody, Wyoming, where my sister Sandy and her husband Fred were volunteers at Buffalo Bill State Park.

That’s Kathy and Fred at the picnic table. Fred caught some fabulous trout and smoked it to perfection. Here’s a recipe in case you want to try it yourself. 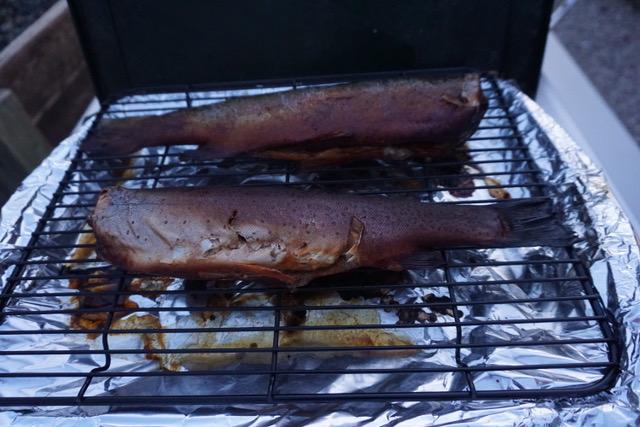 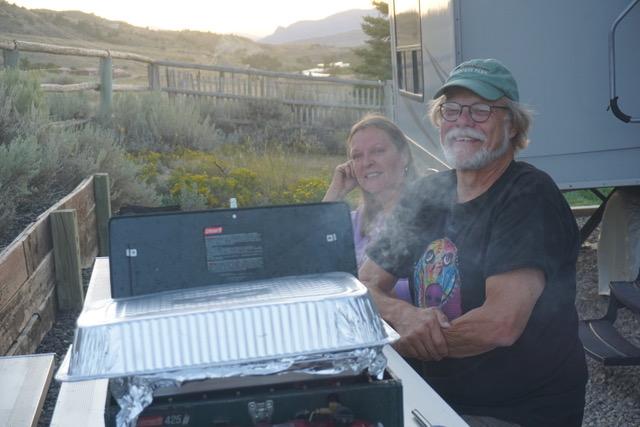 On the way up to Cody for Labor Day weekend we made several stops, including Barstow (110 degrees), Zion (108), and Salt Lake City (103). We were so relieved when we reached Big Piney, Wyoming, where it was in the 80s during the day and got down to the 30s at night. A sign going into town reads “The Icebox of the Nation.” And that would be true when it gets to minus forty in the winter.

The stargazing in Wyoming was amazing! We dry camped for one night outside of the home of Helena Linn, an author friend in Big Piney, before moving over to an RV Park in Boulder. 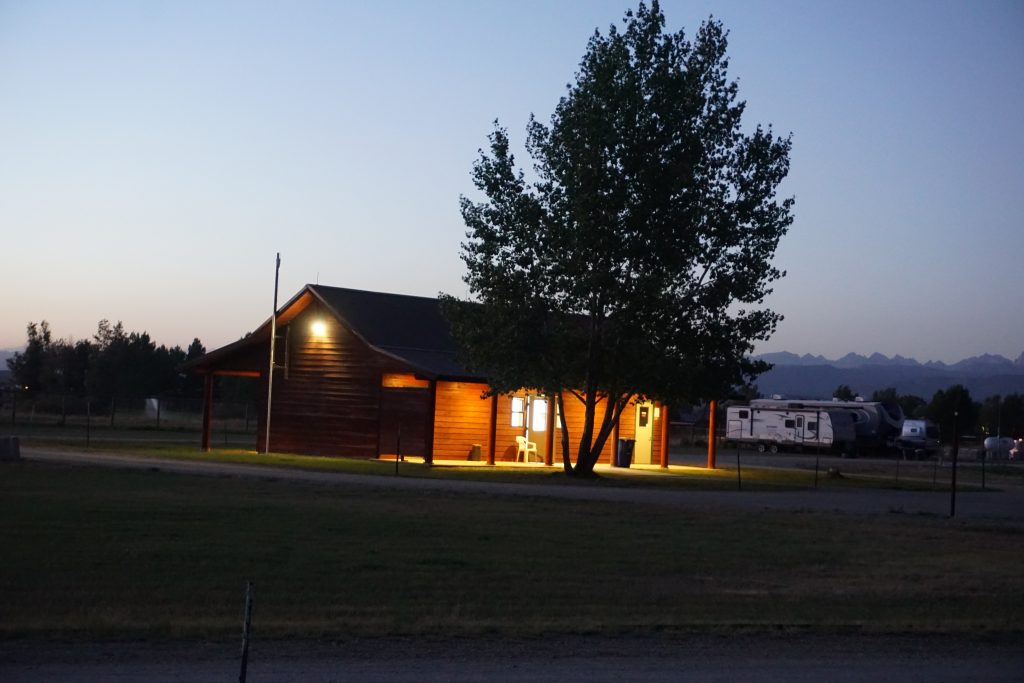 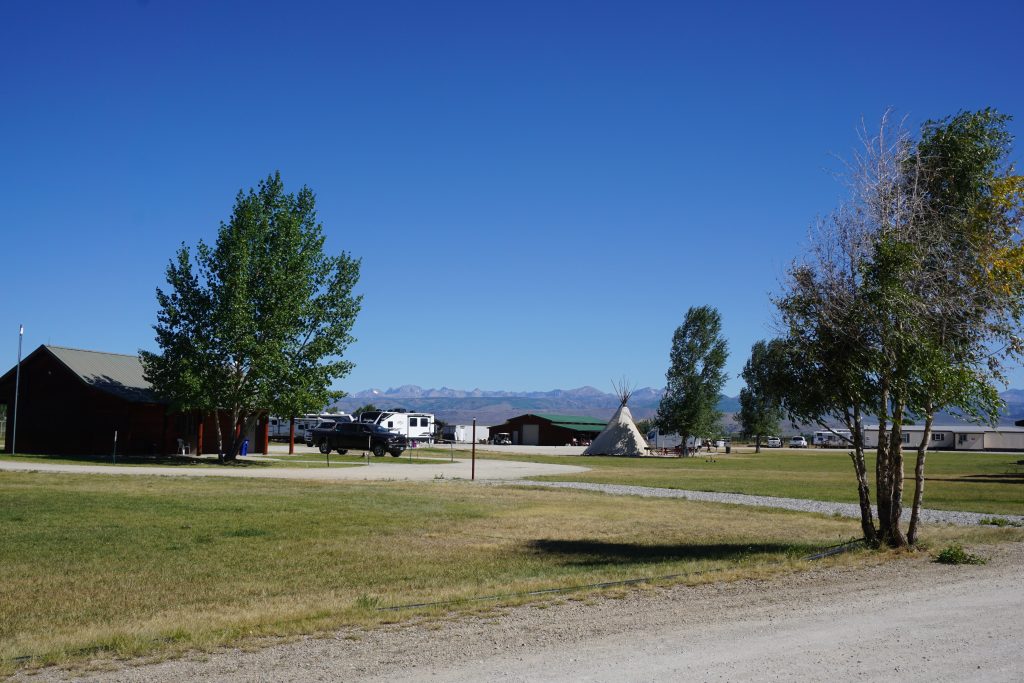 Helena is an historian and storyteller and was featured in the summer issue of Sublette County Magazine. The profile of her notes that she is “the quintessential Wyoming Woman. Strong, smart, kind, independent and humble.” And it’s true. Helena later took us up to her son John’s cabin at Boulder Lake where we spent a lovely afternoon. It was a bumpy 10-mile ride over a gravel and dirt road but worth every second. 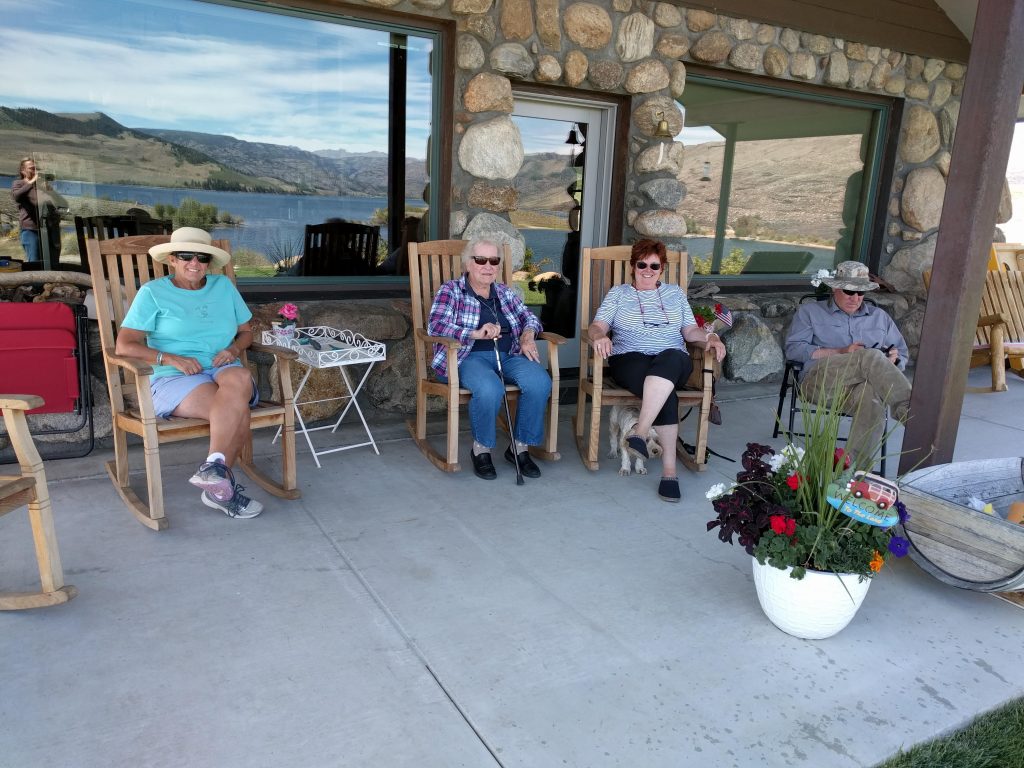 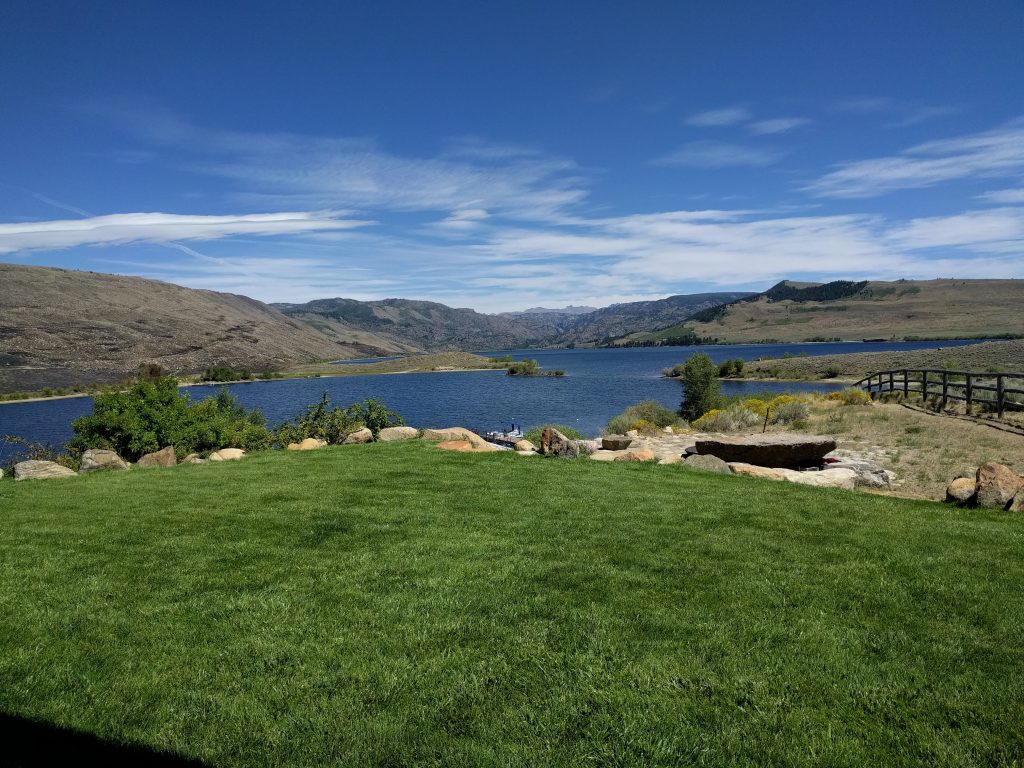 We took in the rodeo at Pinedale where another Big Piney friend’s boys were roping. Abigail was intrigued but may have eaten some horse manure, which led to a visit to a veterinarian in Cody. And we introduced her to the grizzly bear, not a real one of course, although everyone I know in Wyoming is on the lookout for these magnificent creatures! According to Wyoming Fish & Game, roughly 700 grizzly bears are thought to exist in the core of the 20 million-plus protected acres of the Greater Yellowstone Ecosystem, which includes Jackson Hole, Grand Teton and Yellowstone national parks. 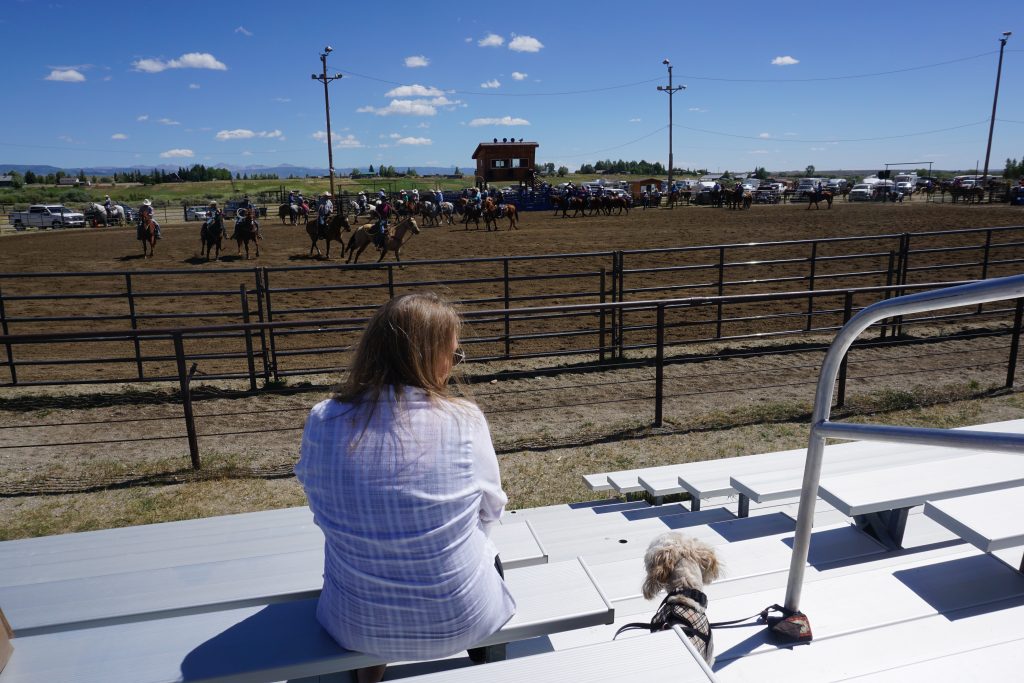 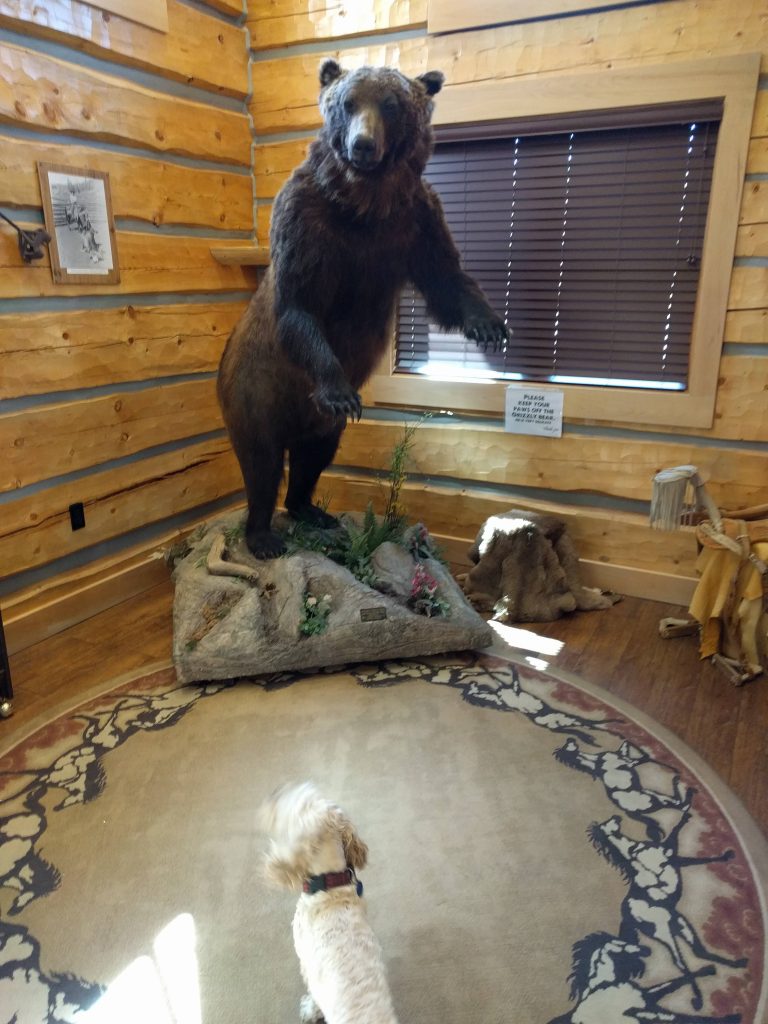 All in all it was an incredible trip. And there’s lots more I’ll share in future posts. But for now, my friends, enjoy life wherever you may be and keep on adventuring!