“There is no Wi-Fi in the forest, but I promise you will find a better connection.”

I don’t know who said that, but it’s absolutely true!

Gourmet Girl Gail writing from sunny Santa Barbara! Summer is here and with it comes the opportunity to plan some family camping trips. According to the 2018 North American Camping Report, the total number of camping households in the U.S. is now estimated at more than 77 million households. And those households are camping more than ever before. At the same time, millions of baby boomers continue to enter retirement. Add to that the influx of younger and more diverse campers, and the result is a significant rise in camping in the North American lifestyle. The Gourmet Girls love hearing this! 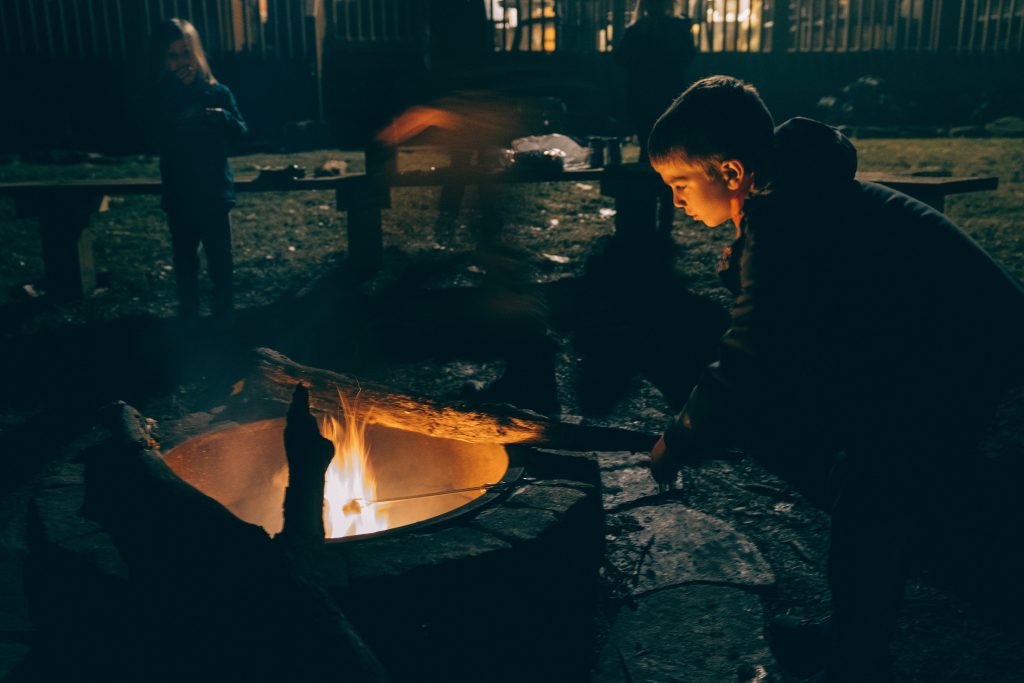 I started camping with my parents when I was nine years old, which at the time may have seemed absurd to my girlfriends in the neighborhood, because we always had a tent set up in someone’s yard or often slept under the stars in the cow pasture across the street from the house where I grew up. They must have thought, why venture off with your parents on a camping trip?

Our very first family camping trip was to Orchard Beach, Maine. My mom and dad slept on a makeshift mattress in the back of our station wagon and my two-year-old sister slept on the front seat while my other sister and I got the pup tent. It rained for three days. My parents went out and bought us paper dolls to play with in an attempt to keep us entertained. I honestly don’t remember where we played with those dolls!

The third morning was a particularly frustrating experience for my somewhat grumpy dad who didn’t have a proper mirror to perform his morning shave. He tried using the car’s side mirror, but that didn’t work out well, so we ended up renting a one-room cabin on a beach in Cape Cod for the rest of our vacation. 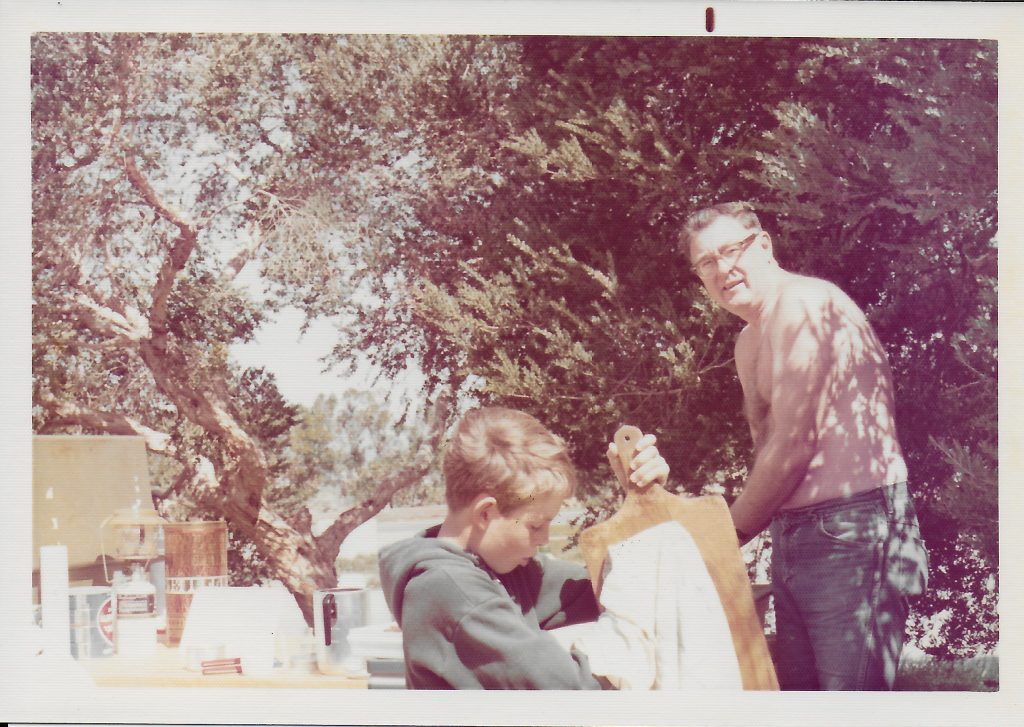 As kids, we thought that was a neat idea, and it was doubly exciting because it was the first time we had ever seen the ocean. Running back and forth from the approaching waves was a blast. On Sunday, my mom got us all dressed up for the Hyannisport church where the Kennedy’s went to mass, and we hoped to get a glimpse of them. Apparently, everyone else had the same idea because the church was filled to capacity by the time we arrived.

As I got older (as in teenager) the prospect of camping with my parents vanished. There were dances on weekends and boyfriends, not to mention striving for my own identity and individuality.

Then, in October of 1975, when I was a young adult, living and working in New York City, my parents sold their house in Maine, took my ten-year-old brother out of school, and decided to tour the United States … camping! Eight to ten months. As my dad wrote in his journal, “The movers had come and gone. The Trail Star tent trailer was packed. The clamshell atop the Hornet Station Wagon was chock full of miscellany we felt necessary for our trip. It wasn’t. The backend of the Hornet was likewise crammed full. To the casual observer, we no doubt resembled a reincarnation of Steinbeck’s Oakies.” 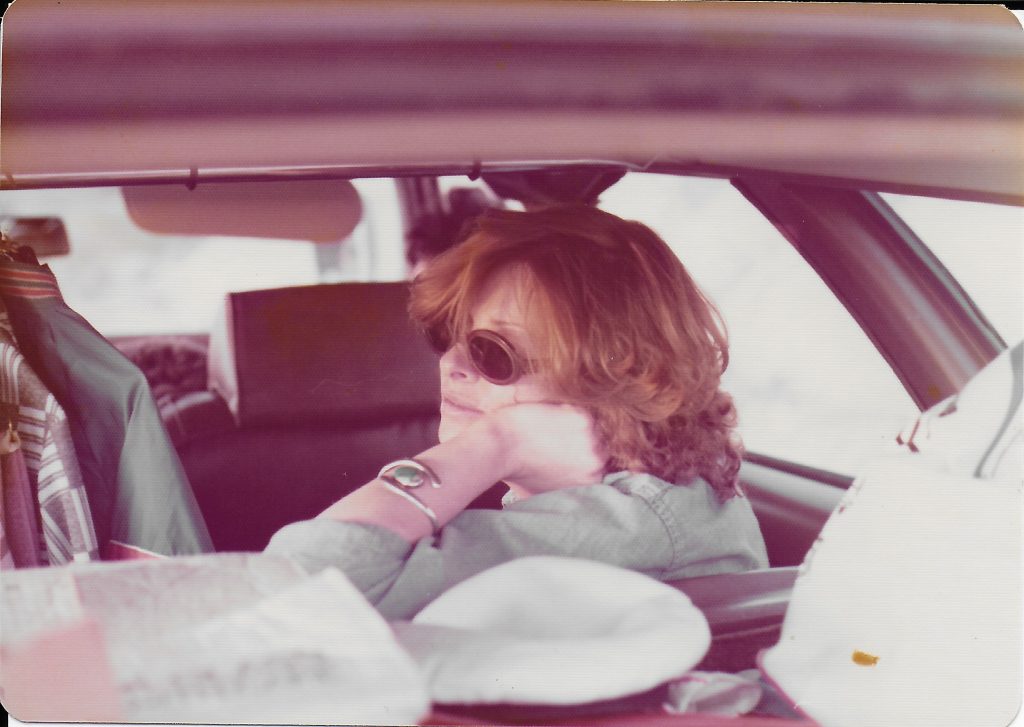 Six months later, I joined them in Albuquerque, New Mexico. We made a delicious meal of shrimp, rice, and avocado salad at the KOA campsite before retiring to the pop up tent trailer. It was a warm and comfortable night. The next day, we were off to do some sightseeing and visited the University of New Mexico art gallery. While away, high winds kicked up and tore a screw loose from the camper, and the canopy was split at the seams. All of us were concerned but no one wanted to admit it. That night the winds were frightful, rocking the camper to and fro, and it was threatened even more. The next morning we packed up and hightailed it down to Las Cruces and spent the night at a Rodeway Inn before heading to Tucson where we toured Old Tucson and historic Tombstone. 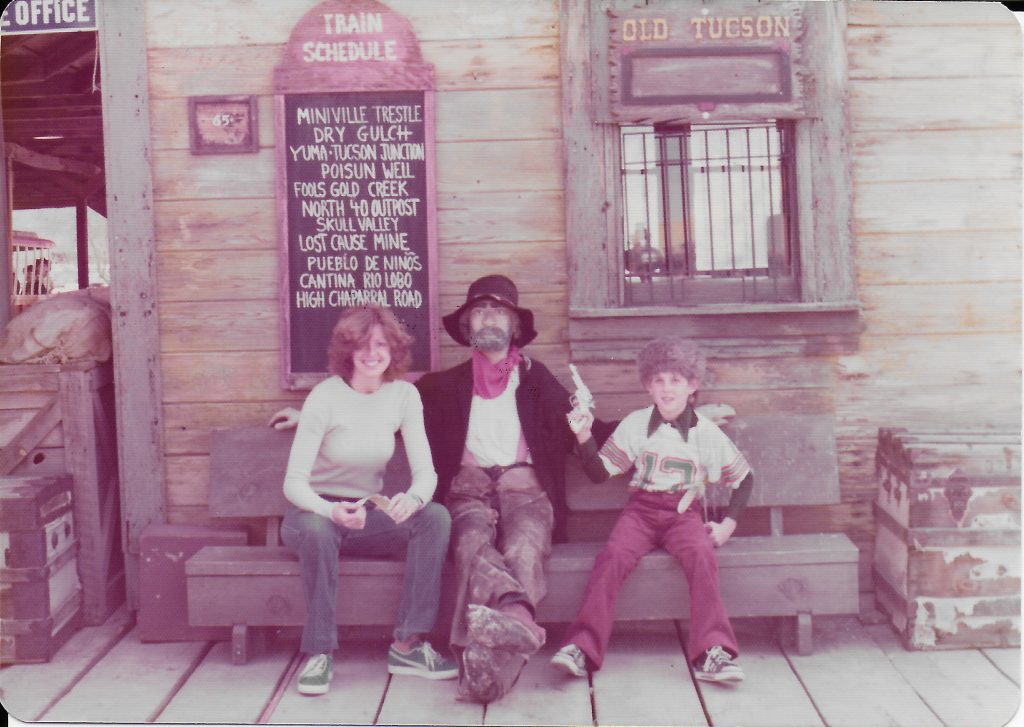 Camping can be adventurous and challenging! Each camping trip is unique. And the bonding comes effortlessly because it takes the whole family to make the camp work. Everyone has a role, everyone pitches in, and everyone interacts much more than if they were staying in a hotel or an airbnb.

From setting up camp and helping out in an emergency to cooking food and eating together to building a campfire, the stress simply seems to melt away. Nature is soothing. Besides, it’s kind of hard to complain or feel annoyed when you’re having fun. Playing games and teaching someone a new skill is also gratifying. As a family, our favorite pastimes included scrabble, badminton, and throwing Frisbees. 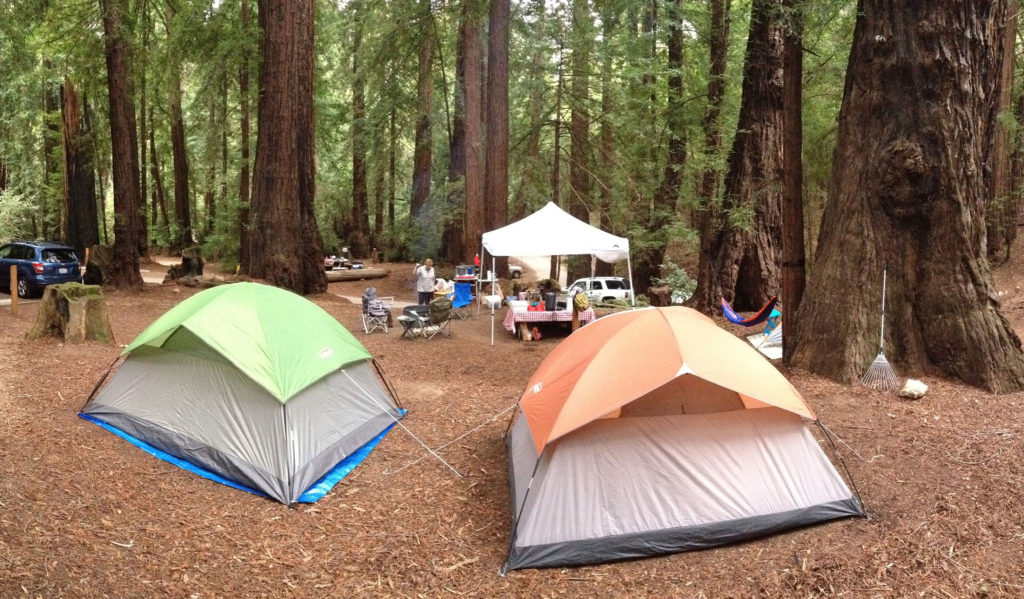 In the intervening years, I’ve become an avid camper. Living in California has its pluses, and year-round camping is a sure thing. I’ve spent a lot of time in Big Sur and, as you may know, co-wrote a camping cookbook titled The Gourmet Girls Go Camping Cookbook: Amazing Meals Straight from Your Campfire. Denise Woolery, our executive chef on the project, and her daughter Lindsey Moran, the book designer, have always camped as a family.

As Lindsey noted, “Nobody ever looks back on their childhood and remembers that night when they stayed at home and got a good night’s sleep. Instead, we cherish the unique experiences that were out of our comfort zone. When we were a little bit sunburned, up a little bit too late, and laughing a little bit too loud.”

Some of Denise’s memorable family camping moments that come to mind are how much better food tastes when you eat it outside under the trees and at night under the stars, and how comfortable and safe one feels when sitting around the fire at night with family around you. Even though you are in a strange place with wildlife in the area, made larger by a child’s imagination, the ring of light surrounding the campfire is calming and a safe haven for all. And the family is so much closer because TV and electronic devices are taking up no one’s attention. If you must bring your cell phone, put it on silent and stick it in the bottom of your duffel bag!

So why not join the millions of other camping enthusiasts this summer and get out in the fresh air. Let nature be your best guide. There really is no better way to promote family bonding than camping out and being in nature. Memories of made of this!

Send us your best family camping memory here! We’d love to hear from you!

Keep adventuring! And have a safe and happy 4th of July!